LeBron James Reminds Everyone Who the MVP Still Is 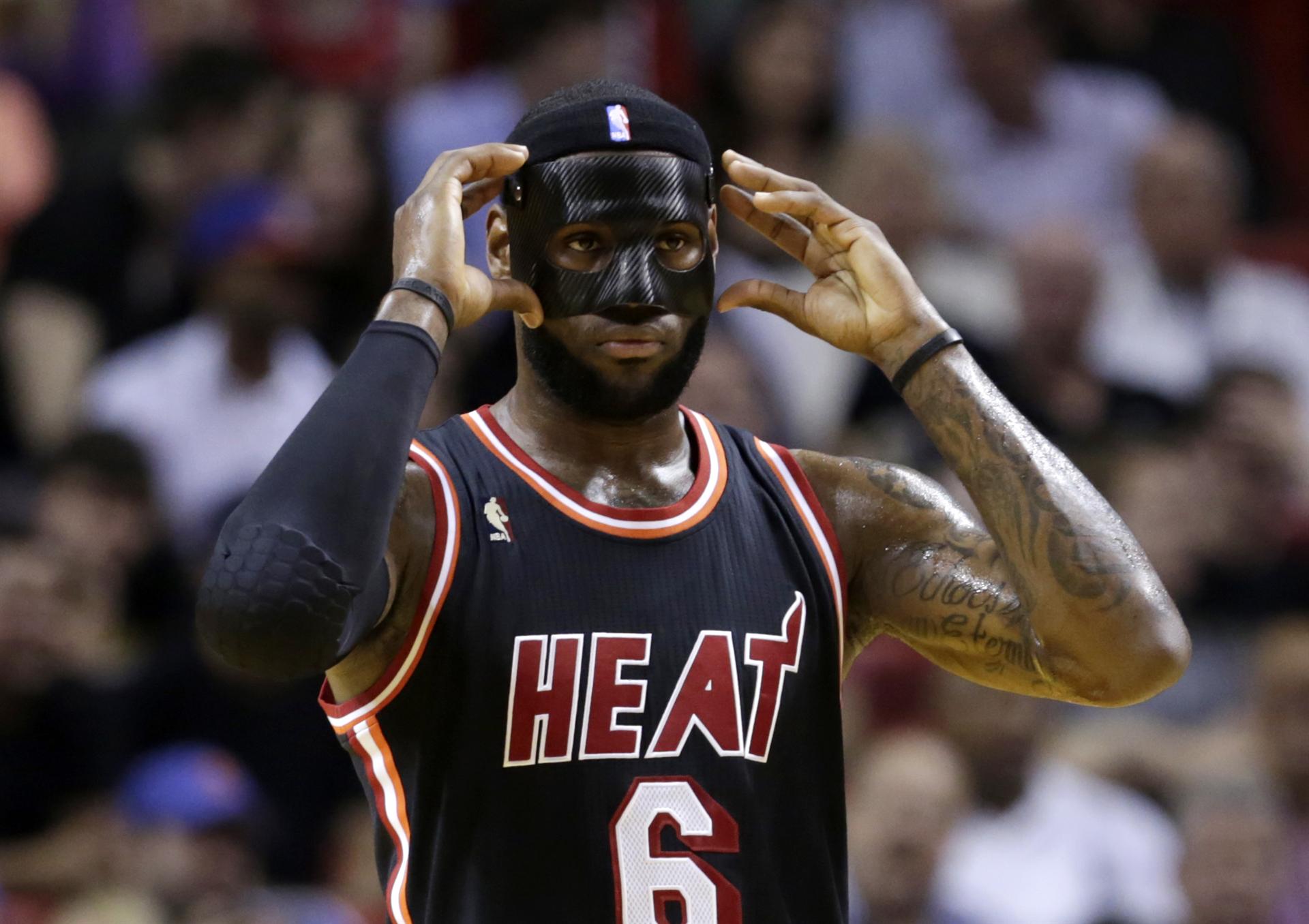 LeBron James exploded for a career-high 61 points on Monday night, reminding everyone that he is still the MVP of the league. James and the Miami Heat rolled the Charlotte Bobcats 124-107 to nab their 43 win of the season. It was a tremendous offensive display for James and a game that will go down in history as one of his all time greatest performances.

LeBron, mask and all, scored his 61 while shooting 22-33 from the field and 8-10 from three-point range. He also grabbed seven rebounds and dished out five assists. He is averaging 27.5 points, 7.0 rebounds and 6.4 assists this season with an unreal PER of 29.71. A player has only reached a Player Efficiency Rating of 30+ 18 times in NBA history. LeBron already leads that category by reaching it four different times. He is on pace for number five.

James is also shooting a career high 50 percent from the field this season. His field goal percentage has increased in every season with the exception of 2006-2007. Coming into the league in the 2003-2004 season, James shot just 41 percent. He has steadily improved on both his post game and his three-point shooting since joining the Heat, and since becoming more of a point/power forward rather than a point/small forward, he has elevated his career and redefined basketball. In his rookie season, he spent only six percent of his playing time at power forward. That number has increased drastically over time and is now up to 85 percent. He can thank Pat Riley and Erik Spoelstra for changing his career and making it what it is today.

Beyond the numbers and his case for the league’s MVP, he is also in the running for Defensive Player of the Year. In a recent interview with NBA TV’s Steve Smith, James expressed his interest in winning the award for the league’s best defender. He has been on the NBA All-Defensive Team five years in a row, but has yet to win the top honor. There are superstars, and then there are superstars that defend the opponents best player every night. And that’s the difference between All-Stars and Hall of Famers.

James’ historic career will already go down as one of the greatest of all time, yet at just 29 years old he seems like he is still just hitting the prime of his career. It is a scary thought for the rest of the league. Already with four MVP Awards, LeBron is looking to add his fifth and tie Michael Jordan and Bill Russell for the second most MVP’s of all time, only trailing Kareem Abdul-Jabbar’s six.

Monday night was just another casual reminder of why James is still the league’s Most Valuable Player. There will be many more to come. But it will be interesting to see what happens beyond this season regarding the Heat. A lot will depend on whether or not they win their third consecutive title. Either way, there will be a few major changes before next season. Regardless, there is no way that LeBron James is going to leave Miami and that is all that matters going forward. He has witnessed the powers of Pat Riley and understands that he can take him to the promise land so that he himself can be on the NBA’s “Mount Rushmore.”