By Lindsey Alexander on March 1, 20144 Comments 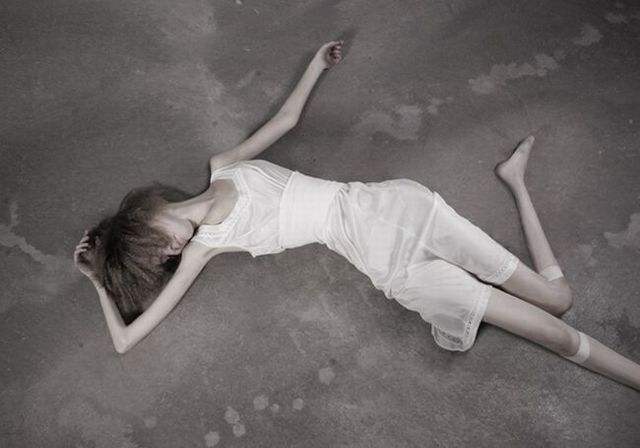 An eating disorder is an illness that causes serious disturbances in a person’s life. The National Institute of Mental Health lists several different forms of this disorder including eating extremely small amounts of food, and severely overeating. The First Lady’s “Let’s Move” program brings concern to a very real problem in the United States, and that is not just obesity, but the complete opposite. Institutions considering Michelle Obama’s “Let’s Move” program might propose weighing the benefits with the potential damages of societal pressures.

Anorexia nervosa is described as an obsessive pursuit of a very thin image, and misconception of one’s own real body. Bulimia nervosa involves a pattern of binge eating, purging, vomiting, fasting, abuse of diuretics and laxatives, or excessive exercise. Binge eating, one of the behaviors Michelle Obama wishes to rid children of, is distinct from these two nervosas because this is a condition that leads to obesity where as the other illnesses lead to unhealthy thinness, and malnutrition. Other eating disorders do exist, but are not easily specified. There are various theories on the causes of this behavior; researchers believe there is an interaction of genetic, biological, and psychological factors including an overall impact by societal norms and pressures.

A recent story came out about Dr. Drew’s daughter, Paulina Pinksy, who is 21-years-old, and who suffers from bulimia. She told PEOPLE Magazine that fans have unfairly lashed out against her mother, but Paulina said her disorder was a product of “a lot of different pressures.”

The pressures she spoke of include family, friends, the media, and the environment of competitive skating. At the age of 12, a nutritionist allegedly taught her to eat carefully, count calories, and limit carbohydrates. This could have been a catalyst for the bulimia, due to the vomiting behavior following a perceived mistake of over-calorie ingestion. This type of pressure on young children might prove Michelle Obama’s “Let’s Move” program to be psychologically damaging, and more or less beneficial for the general public.

Kimberly Dufresne speaks on 9news as a survivor of this disorder stating 30 million people in the United States alone have an eating disorder with a 20 percent mortality rate. She further contends 80 percent of 10-year-olds worry about being fat. Many believe this fear could be from pressures within the family, pop culture, cartoons, and general peer related norms. Statistics Dufresne cites claim more women in the United States are fighting an eating disorder than breast cancer.

The First Lady’s campaign to cure childhood obesity is a well-respected program that has proven to be an effective way for obese children to lose weight through activity, healthy eating, and play. Although “Let’s Move” is claimed to be moral and effective, it might also have a negative impact on a child’s self-image if the child is predisposed to anorexia or bulimia. The goal of this initiative was reportedly set to end childhood obesity in “a generation.”

WebMD states that there are four pillars to this movement. One pillar is offering parents the right tools and information needed to make the right decision for their children. The second pillar requires methods to getting healthier foods in schools; this has also convinced President Obama to propose a $10 billion dollar increase for the Child Nutrition Act. The last two pillars are improving the accessibility and cost of healthy foods in the country, and promoting physical activity through “play and move.” There might be a downside to this program, as it is geared to address only obesity, just one type of eating disorder. The program, “Let’s Move” by Michelle Obama, may or may not provide benefits that outweigh potential damages, but it has proven to be a positive attempt to keep children actively engaged.