Miley Cyrus Has a Bad Influence 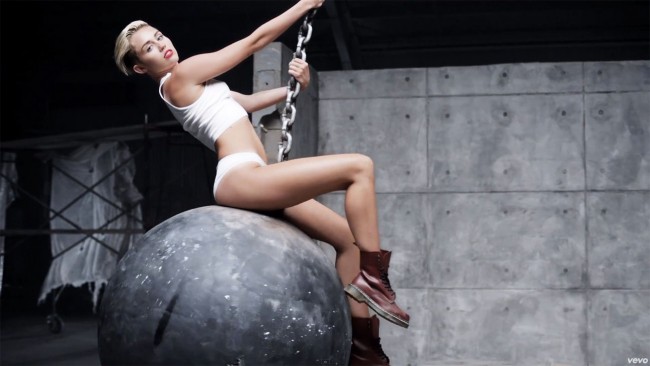 Knowing that Miley Cyrus has a lot of fans I know that many of you will ask yourself why does she have a bad influence. Not so long ago, she was just a sweet little girl who was playing Hannah Montana in the eponymous TV series. The series premiered on March 24, 2006 and it had the largest audience for a Disney Channel program. It quickly became the highest rated series on basic cable. She has played the role of Hannah Montana for almost six years and throughout this whole time she has stayed the same. It looked like the fame did not corrupt her.

Throughout the years we have seen her grow up. She became a young woman, who gained a lot of fans while playing in the series Hannah Montana. It seems, however, that with the end of the series her normal behavior also ended. Appearing half naked, smoking marijuana on stage, masturbating in front of the audience, kissing women during performances, touching the crotch and butts of the dancers, spitting on audience…  All of this became her normal behavior. And with those actions, Miley Cyrus has a bad influence on her young fans. We all know that she is no longer a little girl, but she could show her adulthood in a different way. With all the power, money and influence that she has, she could help to a better world. But her main essence is to twerk and to appear naked in her videos.

Music used to be important. Today, however, we do not listen with ears anymore, we listen with our eyes. Women no longer sell their music, they are selling their bodies. They are selling sex. And Miley is no exception. Many girls worshiped her when she was Hannah Montana. She was their role model and their idol. I believe that she is still an inspiration to the vast majority of these girls. And I wonder what kind of example she is giving them with her current behavior.

Miley Cyrus is obviously not aware that also younger children are listening and watching her. They copy her behavior and her actions. She is not aware that she is handing over bad moral values to the younger generations. With all the attention that she receives and with all the money earned, she probably does not even care about that at all.

Apparently, she is also not aware of the fact that one day she will have children as well. And they will also have someone who will be a role model to them. If not before, she will then realize how very important it is that children do have a good example. And maybe then, she will understand that it is significant that their role model gives them that good example.

The fact is that parents can not order their children what music to listen to and who to look up to. But they do wish that their idol is a good example to them. And sadly, with her current behavior, Miley Cyrus has a really very bad influence.

24 Responses to "Miley Cyrus Has a Bad Influence"