Minneapolis Man Calls Boy Racial Slur, Punches Him in the Face for iPad 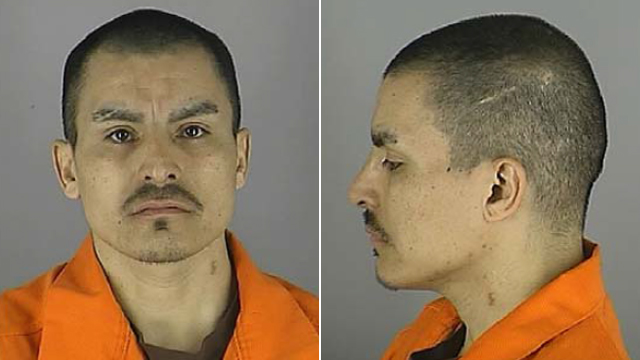 A Minneapolis man was captured on surveillance video on Thursday punching a small boy in the face and stealing his iPad.  Witnesses report that the assailant also used a racial slur prior to the attack.  The incident occurred at approximately 4:30 p.m. near the intersection of 28th Street and Nicollet Avenue in Minneapolis.

The man in the video has been identified as Aaron Stillday.  He is seen in the footage punching the 8-year-old boy, who was leaving his daycare in the accompaniment of his aunt.  Upon being struck, the boy drops his iPad.  The thief snatches the iPad from the ground and attempts to escape by running down Nicollet Avenue.  The boy remains on the ground while his nose bleeds profusely, but gets up moments later and runs back to the daycare in order to get assistance.  Witnesses to the crime report that before punching the boy, Stillday approached him and demanded, “Give me that, n****.” 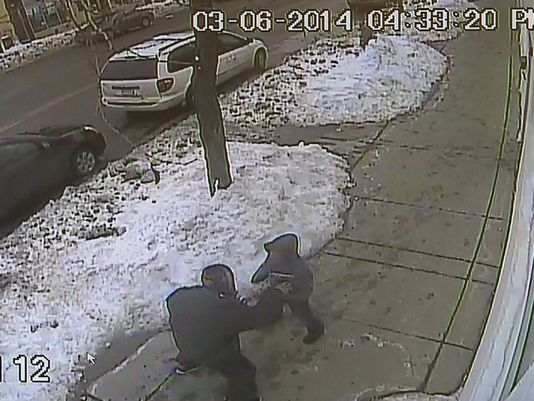 The manager of a nearby restaurant, Mohammad Armeli, saw the attack and attempted to help by running after the thief.  Armeli, along with a group of other men, pursued the man as he tried to enter locked apartment building lobbies.  During the chase, Armeli noticed Stillday throwing objects to the side.  He was able to catch up to Stillday and asked him, “Hey, where are you going?” Stillday, 32, responded by saying, “I didn’t do anything.  I didn’t do anything.”

Police came upon Stillday after responding to a report of a man being chased by a group of Somali men.  Stillday told officers that he was the one being chased and that he had no idea as to why the men were pursuing him.  Police later learned that the men chasing Stillday were doing so after witnessing the theft of the boy’s iPad, and took Stillday into custody.

Stillday was charged with first-degree aggravated robbery and faces 20 years in jail if convicted.  Although the child’s iPod was recovered, it was broken when the boy dropped it to the ground after being punched.

The spokesman for the Minneapolis Police Department, Scott Seroka, stated that detectives have noticed an increase in the number of thefts of smart devices such as iPads.  Seroka attributes the increase to the high resale value of the items stolen, as well as the ease with which thieves can snatch the devices as people walk around holding them.

According to Armeli, the boy’s face was covered in blood after the attack.  He was taken to the hospital by his mother, where he was treated and is expected to make a full recovery.  For his part, Armeli has no regrets of springing into action, calling 911, and helping police nab the thief.  “I couldn’t believe I ran so far,” he said, “I would just not allow anybody to hit a child like that for his iPad.”

Another instance of a bystander seeing wrong and stepping in to do something occurred across the river from Minneapolis in St. Paul.  When a knife-wielding man attempted to rob the CVS store in which he was shopping, Jesse Moore, 21, took action by jumping on top of the counter and kicking the would-be thief directly in the face.  Echoing the sentiments of Armeli, Moore insists that he would do exactly the same if given the opportunity again.

7 Responses to "Minneapolis Man Calls Boy Racial Slur, Punches Him in the Face for iPad"