By Christian Deverille on March 8, 20144 Comments 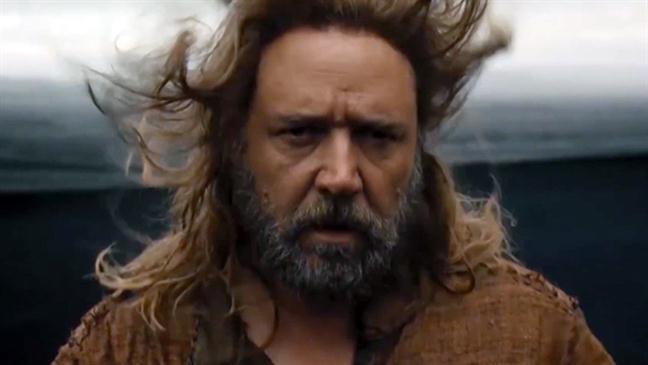 The soon to be released Noah film has been reported to be not allowed in the Arab world. Qatar, Bahrain and the U.A.E censors have all banned the film from being distributed in cinemas nationwide on the grounds of the film’s contradictions of Islamic teachings. There have been some reports, however, that the U.A.E will wait to decide on a ban after seeing the film next week. Other reports have said that similar bans might be announced in  Egypt, Jordan and Kuwait.

The film depicts the tale of Noah, a religious prophet instructed by God to build an ark and then fill it with two of each animal on the earth. The Paramount Pictures produced film is directed by Darren Aronofsky and stars Russell Crowe, Emily Watson, Jennifer Connolly, Nick Nolte and Anthony Hopkins.

That the soon to be released Noah film has been not allowed in the Arab world does not come as a surprise. In Islamic countries, artistic representations of religious figures are forbidden. Noah features heavily in both Christian and Islamic religious texts, with the Koran featuring a whole chapter based on his story. Even the fact that artistic representations of prophets featured in the Koran are released outside of Islamic countries, particularly when depicting the prophet Mohammed, is met with outrage and protest. The controversial film titled The Innocence of Muslims, also going under other names on various sites, provoked violent protests in 2012, reportedly even leading to deaths, and depending on how Aronofsky handles the subject matter, more protests could break out. However, other films and TV shows reported to be eligible for banning, such as 2004’s The Passion of Christ and the 2012 TV mini-series Omar, have managed to get released in Arab countries.

The artistic nature of the Noah film has also already been the subject of debate in non-Arab territories, too, particularly in the Western world. The film’s director and c0-writer, Aronofsky, who has not made a film for four years, is new to the biblical epic genre. Instead, he has focused on more artistic projects such as Requiem for a dream, Pi and Black Swan, all of which have received both critical, and some degree of commercial, success. But the $125 million movie will be expected by Paramount to deliver some level of special effects and action-related thrills in order to make a profit, and the trailer, featuring an ax-wielding Crowe and an ark in the throes of CGI waves, promises to have all the ingredients of a Hollywood Blockbuster.

While the soon to be released Noah film is not allowed in Arab countires, the rest of the world will get to see it on its release on Mar. 28. How it will be received by both religious groups and non-religious moviegoers will be of great interest to the industry. Paramount themselves seem ready for the controversy and have issued a disclaimer with the film saying that while artistic license has been taken, the film remains true to the essence of one of Christian faith’s most important stories.

4 Responses to "Noah Film Not Allowed in Arab Countries"