Pope Francis is being hailed by many as a revolutionary pontiff, bringing the ancient Roman Catholic Church into the modern era by his openness and acceptance and even his sense of humor. However some of Pope Francis’ recent appointments to Vatican positions carry with them a weight of inescapable irony. In making his initial selections for the new Pontifical Commission for the Protection of Minors, he is assuredly making great strides in the way the church looks at cases of child sexual abuse, but his other appointments to different positions reveal a certain amount of hypocrisy in his selection process.

It was announced today that American Cardinal Sean P. O’Malley, the current Archbishop of Boston, will be the lone American in Francis’ initial selection for the new committee. The American church has been racked by child abuse claims and cases for many years, so it makes sense to have an American in the first round of draft picks. Despite the distance between America and Europe, O’Malley won’t be moving to the Vatican for his new job, since it is not a full-time position. None of the appointments are.

However the other appointees to the committee are all much closer, being primarily from Western Europe. These include high profile experts on child psychology, such as French child psychologist Catherine Bonnet and the former president of the Royal College of Psychiatrists in the United Kingdom, Baroness Sheila Hollins. Francis is making good decisions in having acknowledged and highly qualified experts on the subject readily available to make policy and review cases. Pope Francis also made excellent choices in having campaigners against abuse, like the Reverend Hans Zollner, a Jesuit from Germany. Zollner coordinated a major conference on abuse in 2012 and continues to be an advocate for anti-abuse policy.

However, perhaps the most interesting appointment the Holy Father made was the Irish layperson Marie Collins, who was abused at the age of 13 by a hospital chaplain in the 1960s. At the time when Marie made her complaint, nothing was done because the church was interested in protecting the good name, not only of itself, but of the priest who abused her. Now, Marie Collins is an avid campaigner for victims’ rights and a member of the board of trustees of the Marie Collins Foundation in the United Kingdom.

The choice of the formidable Marie Collins to his new anti-abuse commission is a step in the right direction for Pope Francis. It clearly shows an intention to have the voice of the abused heard at the ground level of Vatican policy. The Pope’s attention to detail in staffing this commission, not just with Church officials, but with experts and victims, shows a complete turnaround from previous years when the church tried to cover up abuse cases instead of handle them. This commission gives much hope that the Roman Catholic Church will stop being a sanctuary for child abusers and rapists and become a haven for victims and those who need healing from horrible experiences.

There is no problem with the Pontiff’s appointments to this commission, but some of his other appointments raise skepticism on how effectively he’s handling this new, anti-abuse direction. the appointment of Australian Cardinal George Pell as head of Vatican finances, who was called upon to testify at the Australian Royal Commission into Institutional Responses to Child Sex Abuse, is particularly ironic. 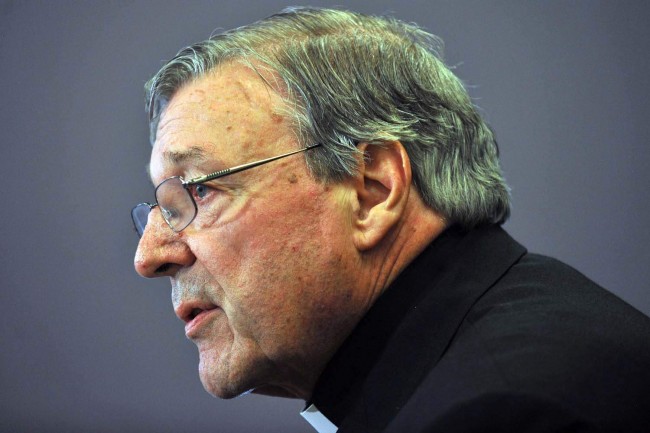 Cardinal George Pell is infamous in Australia for being the lead decision maker in the case of John Ellis, a man who was abused as a child by a parish priest in Sydney. Ellis claims he was abused by the parish priest of Bass Hill, a suburb of Sydney, for years. When he made his claims, however, the accused priest had slipped into severe dementia and the case became an instance of his word against the old man’s inability to give testimony. Because of these circumstances, Ellis’ case was unable to move forward.

The case then became an argument between Ellis and church officials over how much restitution he would receive to cover counseling expenses. Ellis requested $100,000. The church offered him $25,000 and wanted him to sign a deed releasing them from further liability, effectively making him unable to sue them in the future if he accepted their deal. The amount was insufficient and Ellis did sue the church, though he lost his case.

This was back in the early 2000s, but the case is still pertinent today as the new Royal Commission examines many different institutions’ responses to child sexual abuse. The Church in Australia is only one such institution under scrutiny, but it has been one of the main ones of interest, especially because of the details of the Ellis case.

Cardinal Pell is Australia’s ranking cleric and the Ellis case came down to his decision, though he claims that he was completely unaware of these goings-ons. However, he is the one ultimately responsible for the outcome of negotiations over restitution, which is why he is under such intense inspection today. Many in Australia, including Monsignor Brian Rayner, who is the former Chancellor of the Catholic Archdiocese of Sydney, have commented negatively on Pell’s actions and even contradicted parts of his testimony. The facts of the case are difficult to iron out, but at the very least they throw a lot of suspicion on a ranking cleric who, while responsible for such a serious matter, was apparently still ignorant of the important parts of the proceedings.

In Australia, Pell is not a popular figure, mostly for his involvement in the mishandling of the Ellis case. Yet he is still the Bishop of Rome’s appointment to one of the highest offices in the Vatican. While his new appointments for an anti-abuse commission are extremely heartening, Pell’s appointment shows a lack of consequence for those clerics involved in mishandling abuse cases. It shows many who are watching closely that even if someone hampers progress in equitable treatment for victims, it doesn’t mean they will suffer for it. In fact, it might lead them to a higher office.

Once Pell is officially handling the purse strings of the Vatican, who can say how many victims will receive the restitution they need from a Church that has failed them so horribly. Who can say? At the very least, Pell’s track record isn’t good and gives people no cause for optimism moving forward. The optimism generated by the new Pontifical Commission for the Protection of Minors must now be tempered by skepticism of any real change, even if the commission makes drastic changes to policy. That is the true irony of Pope Francis’ recent appointments, not just to his anti-abuse commission, but to other top-level jobs in the Vatican as well.