Rootworms Are Making a Comeback Against Genetically Modified Corn 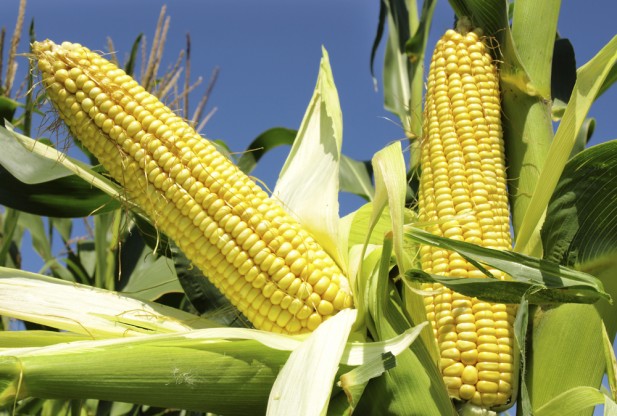 Rootworms are making a comeback against BT corn, the strain of genetically modified corn that was specifically engineered to defeat corn pests. Evidence is mounting, however, to indicate that the campaign to eradicate the bugs that destroy corn may have backfired.

The culprit in this story is the corn rootworm, an insect that, together with the corn borer, used to decimate billions of dollars worth of corn crops each year, until BT corn hit the market. BT corn is a genetically modified corn seed that has been “infected” with genetic material from the bacillus thuringiensis bacteria, a soil-dwelling bacterium that acts as a biological pesticide. This process makes certain parts of the corn plant become poisonous to the parasitic insects that feed on corn. When the rootworm ingests that protein, it breaks down the cell walls inside the rootworm’s body causing the worms to die from septicemia…when it works.

Today, 75 percent of the corn planted in the United States is being raised from BT corn seed. The bad news is that rootworm has also evolved and it is now feeding on the plants that were supposed to kill it.

The process through which an insect parasite becomes immune to a pesticide is well understood. After the application of a pesticide, most of the pests the pesticide was designed to kill are eradicated. The remainder, those who are not killed by the pesticide, pass along their genetic immunity to their offspring so that successive generations of the parasite become less and less vulnerable to the pesticide. In effect, then, the artificial genetic mutation of the corn plant results in the natural genetic mutation of pests that breed on the corn plant.

In medicine, doctors see the same phenomenon going on, and they are becoming increasingly fearful that we are breeding a generation of super-bugs. Widespread use of wide spectrum antibiotics is creating a strain of disease agents that are increasingly immune to the antibiotics used to control them. The Centers for Disease Control and Prevention currently lists 18 diseases for which antibiotics are becoming ineffective to due to overuse or indiscriminate use of antibiotic. These include Anthrax, Gonorrhea, Streptococcus, Pneumonia, Staphylococcus, Bacterial Meningitis, Tuberculosis, Typhoid, Influenza, Candida and Malaria.

The agribusiness conglomerate that developed and markets BT corns strains may have painted itself into a corner from which it cannot get out. Large-scale, Industrial farming operations are dependent upon the yields that only disease-resistant BT corn will give them because, without the disease-resistant corn, the per acre yields will not be big enough to generate the profits the companies need to remain solvent. It also means steep price increases for beef, pork, lamb, and poultry, all of which are fed on a diet high in corn. Increases in the cost of high fructose corn syrup will also increase the cost of many other food items. And, since corn is an ingredient in everything from alcohol to plastics, the decimation of the corn crop will have a trickle effect that will affect the entire economy.

In 2002, an advisory panel convened by the Environmental Protection Agency recommended that farmers plant 50 percent of their fields with non-modified corn seed. Resistance from the seed companies forced the EPA to relent and set voluntary guidelines at a maximum of 20 percent….but most industrial farming operations do not follow these recommendations. One of the companies that produces BT corn seed offers a product that consists of 95 percent modified seed and 5 percent unmodified seed so that they can create mini-refuges where non-resistant parasites can breed.

It is not working. In 2009, Aaron Gassmann, an Iowa State University entomologist, was alerted to extensive rootworm infestations in Iowa, indicated that rootworms had become resistant to one of the three brands of BT corn on the market. In 2011, he tracked rootworm outbreaks in Illinois, Minnesota, Nebraska and South Dakota, states that are contiguous with Iowa. Nevertheless, Gassmann believes that these are independent events not a single epidemic. He has also found evidence that some of them are becoming resistant to more than one strain of Bt corn, making the multi-strain variety of seeds useless.

The seed companies that produce BT strains were quite well aware of the problem and knew that, in the long-run, their product would ineffective, which now appears to be happening. In the end, they might as well have been producing the rootworms themselves, because that is what has happened. The take-away for consumers on their way to their local markets is that the corn they are buying today is more likely than not already contaminated with a dangerous protein. That protein is not expressed in the kernels of corn that people eat at their Sunday barbecues, but the whole corn plant, stalks and all, is often fed to meat animals who end up on the grill.

Rootworms are making a comeback against genetically modified corn.  Environmental activists have long warned that pesticide overuse would result in resistant pest strains. Now, entomologists like Aaron Gassmann, are taking up the biodiversity refrain, suggesting that the only long-term solution is to break up large corn fields by planting other crops in adjacent fields. Continuous fields of corn are the ideal breeding environments for the corn rootworm. When those fields are planted with BT corn, they become perfect breeding environment for BT resistant rootworms.