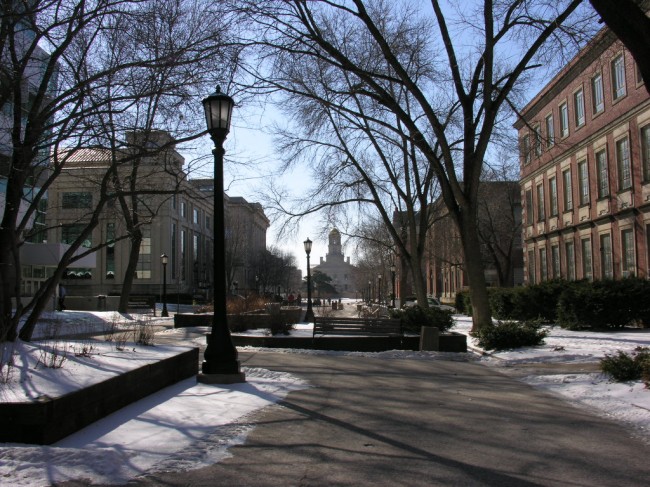 The Iowa Board of Regents are all abuzz over an unfortunately casual remark about sexual assault made by University President Sally Mason, who has been under fire for her poor choice of words. The Iowa Board of Regents met with Mason this afternoon in hopes of better understanding the words she shared with a local newspaper. She is quoted as saying that ending sexual assault is “not a realistic goal.” After the publication of that statement, Mason came forward with an apology, recognizing that her words had not been appropriate.  Mason was applauded by some for her candor and how she had taken responsibility for what she said, but others have pushed this issue on further, determined to use the opportunity to scrutinize all of Mason’s words and actions on this subject and any other that can be drudged up.

The Regents all seem to be of differing opinions on this issue, but it has been confirmed that no disciplinary action will be taken against Mason as a result of her statement.  Though the tenured president’s reputation may have been a bit blushed by this happening, she has had several people of influence speaking on her behalf throughout the ordeal. Still, others have thrown Mason under the bus and have continued to fire off reasons why they think the University President’s casual statement proves she is falling short in her abilities to keep the campus safe from sexual assault. In the days since the release of her initial remarks to a local newspaper, Mason has been fighting on to prove her good intentions, and has developed a 6-point plan to address sexual assault on campus.

In the midst of this drama, Mason has revealed that she was once a victim of sexual assault in college. Mason shared her story in a public forum on Thursday, denouncing the fact that she had no resources in that frightening incident in 1970. Though Mason has verbally been clear about wanting to help make campus safer for students, and has certainly pulled some cards in her favor with her personal connection to this issue, the statements she made will no doubt leave a bad taste in some folk’s mouthes for a little while. But if it’s true that actions speak louder than words, Mason will have the opportunity to deliver on what many believe is a strong will to create positive change in this issue.

Meanwhile, this has become a striking opportunity to get students and faculty more aware of sexual assault, which is an issue that often gets pushed under the rug. Mason has shared that this recent dialogue opened up the floor for some good ideas from students in terms of how to handle sexual assault on campus. Additionally, this incident has brought to light a general lack of communication within the university that Mason is now committed to handling. After attracting national attention over her casual statement, Mason is particularly likely to be held accountable for delivering on all of her promises. As for the promise that she cares about making the University of Iowa a safer place,  President Sally Mason’s greatest critic may be the voice in her head that made her come up with the pessimistic remark that sexual assault is a problem that will never be solved. If she can get past this negative attitude, however underlying, Mason may find herself going from being under fire to being on fire in a world that seems to be waiting for any leader to take strong action against sexual assault.