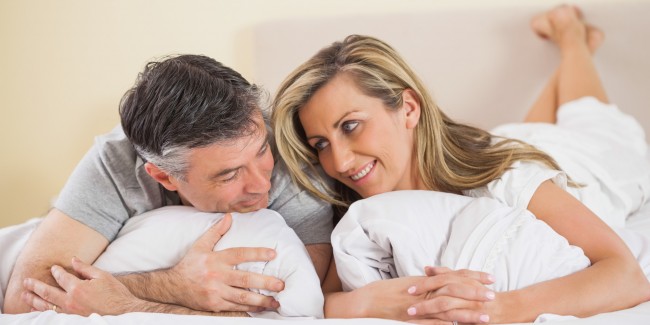 In a recent study conducted by Rutgers Robert Wood Johnson Medical School at Rutgers University located in New Brunswick, New Jersey, a group of researchers have discovered that a class of drugs known as statins not only help to lower high cholesterol levels, but they also help to improve impotent men’s sex lives.

Statins are medication which are given to patients who suffer from high cholesterol levels. They are effective in not only lowering cholesterol, but also in helping to prevent heart attacks and strokes. Previous studies on the drugs also showed that statins were even able to help reduce the danger of heart attacks, strokes and death by heart disease in some patients by over 25%. Most patients who are prescribed to take statins are men who are older than the age of 40.

Since many people tend to slack on taking the medication consistently due to some of its side effects which includes joint pain, the new research suggests that men who suffer from erectile dysfunction may be more motivated to take statins, as they would not only lower their high-cholesterol levels, but also improve their sex lives. Researchers of the study found that the drugs may help with assisting erectile function by helping blood vessels to dilate correctly and improving blood flow to the penis, which is a common issue in men who suffer from erectile dysfunction.

However, Stephen Freedland, a urologist and associate professor of surgery and pathology at the Duke University School of Medicine located in Durham, North Carolina, mentioned that the typical results were actually slight and could be disappointing to many men. He added that they may notice a little improvement, but it wouldn’t be by too much.

The study, which is due to be published in the Journal of Sexual Medicine, examined the conclusions of 14 different reports that had studied the relationships between erectile dysfunction and statins. Authors of the previous studies had discovered that the medications apparently heightened the rate of erectile dysfunction by nearly 25 percent, even more so than testosterone treatment or lifestyle changes such as weight loss and exercise.

Some of the causes of erectile dysfunction in older men include diabetes, obesity, the use of tobacco, depression and stress in addition to high cholesterol, high blood pressure and heart disease.

“This is just another reason for some men to keep taking statins,” Lead researcher and author of the study, Dr. John Kotsis, who is also the director of the Cardiovascular Institute of New Jersey at Rutgers University, said. According to Dr. Kotsis, nearly half of all men who are prescribed the drugs to help lower their cholesterol usually quit taking them after a year or so. He also mentioned the new findings would hopefully help to encourage some men to continue taking their medication. He also warned that men who have healthy and average cholesterol ratings should not take statins, and if they needed to improve their sex lives that they should just take medication specifically for erectile dysfunction instead.

One Response to "Statins: Helping to Lower Cholesterol and Improve Sex Life"