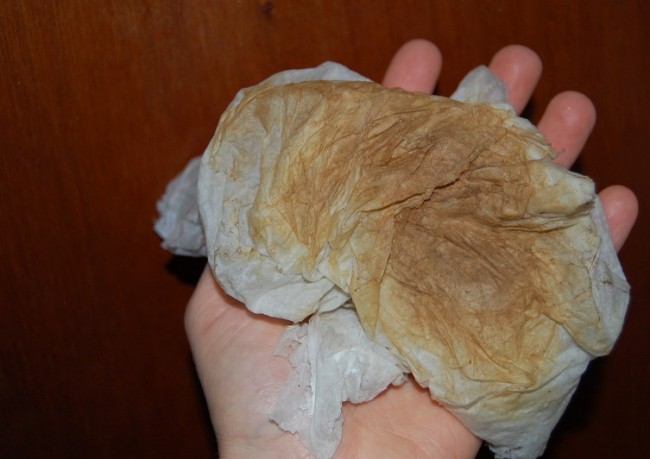 Studies are now showing the dangers of smoking, not just that of first and second-hand smoke, but the dangers presented by third-hand smoke. It is that sticky substance that is left behind on the walls, furniture, toys and surfaces after someone smokes indoors. While the focus has been on second-hand smoke for years, with concern over people around the smoker inhaling the smoke in the air, the idea of coming in contact with third-hand smoke is a real concern and it lasts long after the smoke clears the room.

The residual nicotine, known a third-hand smoke, is dangerous in and of itself, but then it mixes with common household pollutants and becomes a toxic substance. Breathing it in or coming in contact with it poses health risks for children and adults.

The latest research, funded by the Tobacco-Related Disease Research Program, was published by the American Chemical Society on March 16. It states that young children are at high risk when they put toys in their mouth that have been exposed to third-hand smoke. It actually causes DNA damage and poses a risk for developing cancer.

The researchers shared this information during a presentation at the National Meeting & Exposition of the American Chemical Society this week in Dallas, TX. Bo Hang, Ph.D. was the speaker and he described the idea of third-hand smoke, which had not surfaced until 2009. Hang, a scientist at Lawrence Berkeley National Laboratory, said that research on third-hand smoke is a prime example of why the ban on indoor smoking is necessary.

The first indoor smoking bans appeared in 1990 and that was expanded upon greatly in recent years. However, even with a ban on smoking in public areas, people are still able to smoke inside their cars and homes, which is presenting clear dangers, not only to themselves, but to those around them. Hang found that, when conducting test tube experiments, third-hand smoke becomes a harmful carcinogenic, which in turn, can cause cancer.

In another recent study, conducted by the University of California and published in PLOS ONE, researchers found that third-hand smoke is dangerous to the lungs and liver, possibly due to inflammation. They also found that it leads to type II diabetes, even when patients are not overweight or obese. Furthermore, they discovered that, while studying mice in a controlled environment, wounds on the skin did not heal as quickly. They determined that the collagen had been damaged. The study claims that third-hand smoke is as big a danger and just as deadly as smoking itself. The study details how the third-hand smoke can be inhaled or absorbed through skin contact.

While airing out and cleaning rooms where smoking has taken place may help and the amount of brown and black substances covering surfaces may be surprising, in order to fully reduce third-hand smoke risks, it is necessary to take it a step further. Removing smoky furniture and sealing and painting walls can help. Also be sure to wash clothing and take careful measure to clean any surfaces that children come in contact with. Keep in mind that third-hand smoke lingers in the room long as the smoke clears, posing real health dangers.