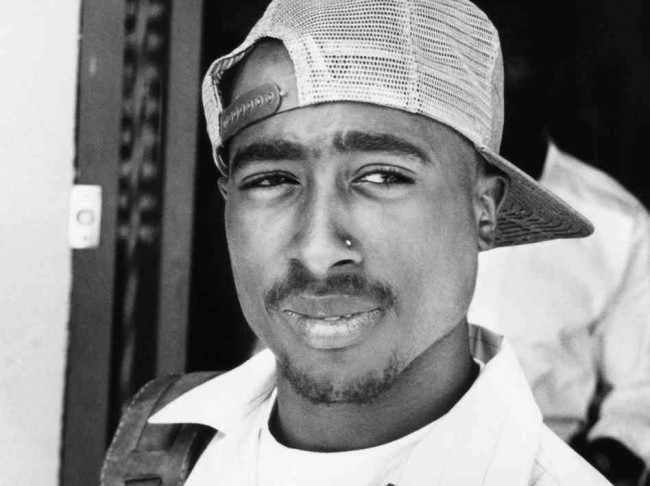 The 6th District police station located at 11th and Winter sits in a very tightly congested part of Chinatown where parking at times is nearly impossible. The police station sits outs like a sore thumb in this neighborhood of mostly small Asian restaurants and small shops. Police cars are parked tightly beside the small brick building, that is home to the Philadelphia 6th Police District. Police cars are also parked on nearby Vine Street. It is certainly foreseeable why this man claiming to be Tupac Shakur could attack a police station and cause so much damage, so quickly.

Police Lieutenant Paul Hammer said the man claiming to be Tupac Shakur carried an archeology hammer, pick-ax like device when he got out of his car near the police station at 5:15am. Lieutenant Hammer said he heard the sound of breaking glass. He and other police officers found the  half-naked man with the hammer in his hand. He said he had quickly cause considerable damage with the hammer. The police tasered the man and placed him under arrest. He was taken to nearby Jefferson Hospital for observation. No officers were hurt during the melee. The suspect will be charged with felony criminal mischief according to police.

It is not clear if this is the same Tupac Shakur that entertained fans at last Friday night’s Boston Celtics game, waving to the crowd and performing dance moves to Tupac’s 1996 hit “California.” It has become urban legend that Tupac Shakur is still alive. According to Donmega.com, Tupac is alive and well and now refers to himself as Makeveli. He has apparently styled himself after  the Italian renaissance humanist and writer Niccolo Machiavelli. According to Donmega.com, Machiavelli advocated faking one’s own death to fool their enemies. Apparently Tupac was a fan of Machiavelli and had read several of his books, including The Art of War and The Prince.

Tupac Amaru Shakur is also known by his stage name 2Pac or Makeveli. He was an American rapper and actor. He sold over 75 million record worldwide, making him one of the most successful recording artists of all time. He also appeared in a number of motion pictures including Poetic Justice with Janet Jackson. According to Las Vegas police, Shakur was gunned down in a drive-by shooting in Las Vegas on September 7, 1996 at a red light on Flamingo Road.

Urban legend has it that Tupac Shakur has indeed faked his own death. Rumors range from he’s living in rural Pennsylvania under an assumed name or that he has been spotted in Tasmania. The world will just have to wait for the unidentified man claiming to be Tupac Shakur, who attacked the 6th Police District station, to be released from Jefferson Hospital and be identified by police.