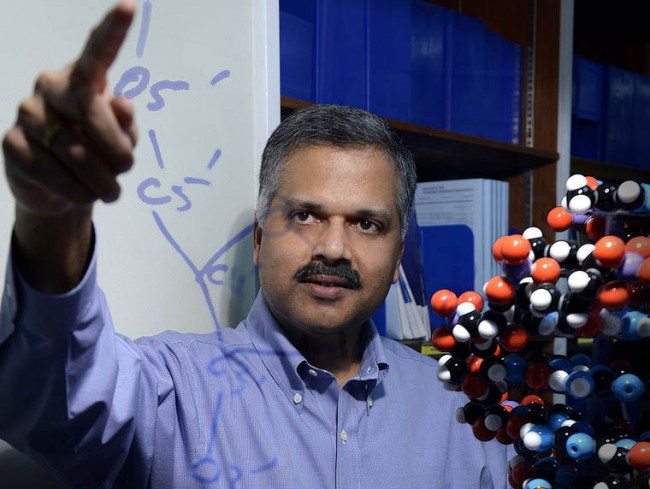 Watson, the supercomputer that became famous for its appearance on Jeopardy!, is now being put to use helping doctors answer questions about the cancer genome. In partnership with IBM, The New York Genome Center (NYGC) will test a new, cloud-based version of Watson which has been tailor made for research in genomics.

Watson will use his unique computing capacity to help oncologists sort through masses of information that will help doctors treat patients with glioblastoma, a very aggressive form of brain cancer. In the United States, glioblastoma kills more than 13,000 people each year.

Currently, medical information is doubling about every five years. There have been many breakthroughs in scientific knowledge of the drivers of cancers and functioning of the human genome. Both of these fields produce a tremendous amount of data. The problem is that the amount of information available and the speed at which it is being generated make it all but impossible for any one person or even a group to keep up. Even if someone were able to keep track of it all, the next problem would be sifting through the mounds of data to find information useful to the treatment of one particular individual.

That is where Watson comes in to help answer questions about the cancer genome. Watson will have access to a variety of medical databases where it can access medical information and bring that information to bear on a particular patient’s cancer mutation.

The NYGC’s scientific director, Dr. Robert Darnell, believes that Watson will help revolutionize the medical profession’s ability to utilize in a useful way the mounds of data that have been accumulated, thus providing personalized treatments to cancer patients.

Watson was named after IBM founder Thomas Watson. It has been designed to think and process information in a way similar to the ways that humans think. Watson can read and understand natural language. Presented with new information and new situations, Watson can bring the two together in a way that produces new insights. Watson can actually learn as it goes.

Since Watson was last seen on Jeopardy!, improvements to Watson have made it over 20 times faster and 90 percent smaller, and has improved performance by 2,400 percent. Watson has been shrunk down from the size of a large bedroom to being portable size.

Dr. John E. Kelly,  director of IBM Research, said that as genomic research advances, researchers plan to make cloud-based solutions like Watson much more practical and accessible so that doctors can fight medical issues with solutions that are the product of the latest research and the patients’ unique needs. He believes that Watson will be able to help people all over the world.

Glioblastoma is an aggressive, and the most common, form of brain cancer. Each year, in the United States, it affects one to two out of every 100,000 people. Glioblastoma originates in the brain; it does not travel to the brain from other parts of the body that have cancer, but it is malignant and aggressive, meaning that it can quickly spread to other parts of the body. By bringing  the volumes of data being produced on cancers such as glioblastoma, and with the data of a patient’s unique DNA, Watson will help answer questions in the area of cancer research and genomics.

One Response to "Watson Answers Questions About Cancer Genome"