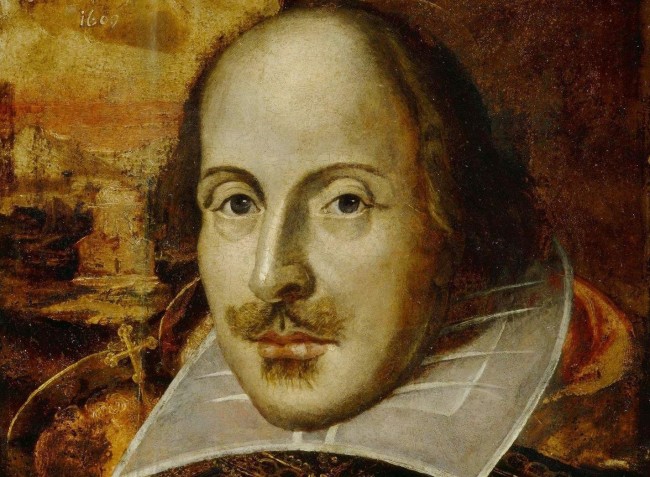 Today is the Bard’s 450th birthday and amid the global celebrations, commemorations and fanfare it seems like the perfect time to dig up some of the best kept secrets about William Shakespeare and his incredible literary contributions to the world. Despite never publishing his own plays (they were all published posthumously by various friends), his name is one of the most well-known in the world of theater and his poetry is also a staple on any English literature course the world over.

There is a conspiracy theory (as always) that claims Shakespeare never existed and his works were actually written by an Earl of Oxford named Edward De Vere, although there are other candidates in the running, as well. This sensational idea stems from the fact that Shakespeare came from an incredibly common, uneducated background and could not have realistically penned such masterpieces or had such extensive international and historical knowledge.

The epitaph he penned for his grave contains a curse to any man who would have the audacity to try to move his remains from their resting place. Given that grave robbing was a common practice at the time, the threat was not made without reason. He died on his birthday, April 23, at the age of 52, which was quite impressive in an age where most people did not live to their 40s. No-one is sure what he died of, but it was a fairly quick process with little warning, which makes his epitaph preparations all the more impressive.

Despite his renown literary abilities, the chances are that both his parents and his children were actually illiterate.

In his will he only bequeathed his second best bed to his wife. That was it. Not even the best bed in the house for a woman he had been married to for over 30 years. It is also interesting that his wife was eight years older than the young William when they were married as well as being three months pregnant – their first child was born six months after their official (and hasty) nuptials.

Both Hamlet and Much Ado About Nothing have been translated into the fantasy language of Klingon which featured in the popular Star Trek television series.

Shakespeare has no living, direct descendents. He had three children with his wife, with only two living to adulthood. Their first child was a girl, Susanna, and then twins two years later, Hamnet and Judith. Unfortunately, Hamnet died at the age of just 11 due to unknown reasons. Of his two daughters, only Susanna went on to have children and her only daughter, Elizabeth, died without reproducing in 1670.

One of the most impressive secrets about the Bard is that only the bible has been more frequently quoted than Shakespeare in the English language and he is responsible for some of the best-loved and oft used phrases and words in modern society. He also made extensive contributions to the English dictionary as he made up a large number of words that are now commonly used, such as “eyeball,” “fashionable” and “wild goose chase.”

There are more pages dedicated to Shakespeare on Google than there are for God, Elvis Presley and the man everyone outside America has come to hate, George W. Bush. This is quite an impressive feat for an uneducated actor of the Jacobean period (most of his plays were written after the death of Queen Elizabeth I so he is not, as many claim, an Elizabethan writer).

Suicide was Shakespeare’s favorite method of killing characters in his plays. He used the tragic method 13 times across his various works, the most well-known probably being the double suicide of the star-crossed lovers occurring in Romeo and Juliet.

Finally the name “William Shakespeare” can be an anagram of the sentence “I am a weakish speller” which is quite appropriate given that the playwright never spelt his name the same way in any of the documents which survive him. His signature is often a shortened version of his name or else the spellings of his last name are frequently dissimilar.

So there you have it – possibly the greatest writer in the English language, William Shakespeare, turns 450 today and some of the best kept secrets about him reveal that the chances are he could not even spell his name with consistent accuracy – there is clearly hope for everyone.