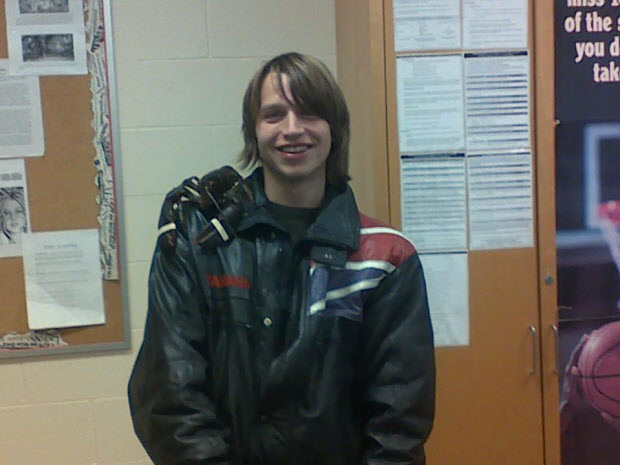 In a shocking turn of events, a Canadian female motorist who hit and killed a teenage bicycle rider 18 months ago has reported to be suing the estate of the deceased boy for over $1 million. A statement of claim that was filed in the Ontario Superior Court in December of 2013 by Sharlene Simon’s attorney read that the woman had received a great deal of suffering and pain along with a serious shock to her system because of the crash.

The document even stated that Simon’s enjoyment of life had and will continue to be lessened.

There were two other teenagers with the late Brandon Majewski when Simon’s black SUV smashed into the trio. They are also named in the $1 million plus suit, along with the Canadian county of Simcoe, which is in charge of road maintenance in the town of Innisfil, which is around 80 kilometers to the north of Toronto.

Majewski, age 17, was with his friends Jake Roberts and Richard McLean, both age 16, when the three boys decided to ride their bikes to a coffee shop late one autumn weekend night. They were attempting to return home around 1:30 A.M. on Oct. 28, 2012, riding on the paved two lane rural road, when they were struck from behind by Simon’s Kia.

Brandon ended up taking most of the impact, and was tossed up over the roof of the SUV. The teen was just barely clinging to life when paramedics arrived, and in spite of dynamic efforts at resuscitation, he was pronounced as dead around two hours later at a nearby hospital. McLean’s bike was struck at the same time and he had to be transferred to a hospital in Toronto after he was stabilized. He ended up spending weeks convalescing from his injuries. Roberts was knocked to the ground but was not seriously injured.

Canadian police stated through a report that Simon did not see the teenagers on the roadway and could not make an evasive response. They also explained that a local prosecutor declared that there was no reasonable outlook of getting any kind of conviction against Simon and no charges should be made.

So Brandon’s father, Derek Majewski, was shocked this week when he left his attorney Brian Cameron’s office after having been told that his dead son and the teenagers with him were being sued by the woman that had killed him because she was distraught. He stated he felt it was very cruel of her.

The death of their son has devastated the Majewski family. Around seven months after Brandon’s death, his oldest brother Devon, who had really suffered from Brandon’s death, ended up dying himself in his sleep from a mixture of alcohol and pharmaceuticals

The Majewski family believes the entire investigation was flawed. They mainly think the boys were blamed for the accident because just two of the bikes had decent reflectors and because they had on dark clothes. They also did not have on helmets.

The report also read that Simon, who admitted to driving around 90 km/h, which is above the 80 km/h speed limit, did not take a breathalyzer test because police stated there were not any grounds to request one. They did give her a roadside screening test because of legalities and registered that there was zero alcohol content in her blood stream.

So now Sharlene Simon and her family believe she has went through the trouble to be able to sue Brandon Majewski’s estate along with the boys who were also with him that terrible night. Simon actually believes she has a case against the estate of the teenaged bicycle rider she hit and killed 18 months ago.