David Cameron Compares Himself to DynoRod With Divine Inspiration 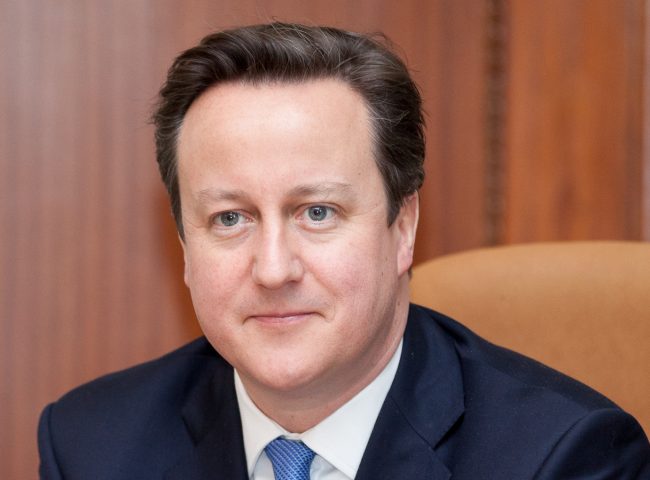 Whoever is writing for or advising British Prime Minister, David Cameron, on his speeches these days need to be commended for their fantastic ability to convince the Tory leader to espouse such entertaining and inadvisable drivel. Amid yet more Conservative Party controversy (one MP sacked, one forced resignation and a cabinet reshuffle) Cameron has managed to distract everyone from the mess and disruption of his party by comparing himself to an emergency drainage product – DynoRod – often used to unblock toilets, before then claiming that his “Big Society” was divinely inspired and his policy implementation is, therefore, just continuing the work of Jesus. Needless to say, the left have greeted the Prime Minister’s foot-in-mouth moment with undisguised and unrestrained glee. Twitter is almost at a loss for what to mock first – although his similarity to a bog brush has a slight edge at the moment.

These dubious and slightly bizarre comments were made yesterday evening at the Easter reception at the Prime Minister’s place of residence in Downing Street. According to the former Etonian and Oxford graduate, the “Big Society” which was one of the main election policies of the Conservative Party in 2010 and aims to give power to the people instead of the politicians, was formed 2,000 years ago when the son of God apparently invented it. It is an initiative designed to encourage more people to volunteer and take greater civic responsibility, with the Prime Minister’s claiming that if there was anything getting in the way of the populace contributing more to society than to imagine him as a “giant DynoRod” helping to clear everything out-of-the-way.

While many historians and divinity scholars might have something to say on this subject, it is also interesting that Cameron made a point of stressing his own Christian faith, more so than any other recent British Prime Minister. He stated that Christianity as a religion is supposedly the most “persecuted” in a global context and that people should stand up to faith persecution whenever possible. Given the current political divide the Christian faith has induced over the subject of same-sex marriage, this seems suspiciously like an attempt to try to retrospectively convince the religious section of the British population that he does actually respect their beliefs. How people will react to this sudden declaration of Christian solidarity, particularly in light of the fact that he will now forever be known as “DynoRod Dave,”remains to be seen.

His words come after a bit of a nightmarish week for the Conservative Party and Cameron in particular. Despite publicly supporting his secretary of culture (and one of the very few female MP’s in the cabinet) Maria Miller, had tendered her resignation that morning after mounting public pressure and outrage over her expenses scandal. The Prime Minister was then severely criticized by his own back-benchers over how he handled the issue. In the wake of that, another Tory MP, Michael Fabricant was subsequently sacked over inappropriate remarks made on Twitter in relation to Miller’s stepping down. In a Cabinet reshuffle Cameron then appointed female MP Nicky Morgan as Women’s Minister (and Financial Secretary to the Treasury) and MP Andrea Leadsom, both of whom had been vocal opponents of same-sex marriage. Unsurprisingly these appointments were somewhat controversial in the aftermath of the legalization of same-sex marriage, a policy which was ironically pushed through parliament by Maria Miller. Many people believed it sent quite a mixed message to voters in terms of the views the Conservative Party held; although, clearly, Cameron has become somewhat of a whizz with mixed messages after his latest attempt to compare himself to DynoRod and Jesus in the same speech which claimed divine inspiration was the driving force behind the “Big Society.”

The religious overtones of the Prime Minister’s speech were also beautifully in keeping with the hymn choice of the day as a soprano finished a nightmarish day for Cameron by hitting the high notes of Ave Maria. He declined to comment on how appropriate this choice of song was given Maria Miller’s departure, however, he did end with a quip alluding to the difficulties of the day, stressing that the bible encouraged people to help ease the burden of others and that after the day he had he was “definitely looking” for any hapless volunteers…So perhaps it was merely the accumulation of stress, pressure and bad publicity which possessed the British Prime Minister to compare himself to DynoRod before claiming his policies were the result of divine inspiration. Yet whatever the reason behind the humorous words, it might be time for the David Cameron to reassess a few things before his next public speaking engagement because at the moment people don’t know if he’s the next Messiah or just a really enthusiastic plumber.