European Union to Work With Moscow Regarding Ukraine 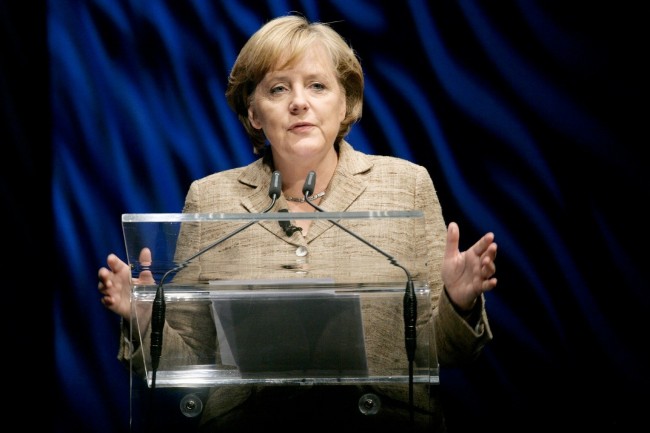 On Saturday during an informal meeting with Russian officials, European Union ministers stressed once again to their Russian colleagues the need for Moscow to diffuse tensions with Ukraine. German Chancellor Angel Merkel said that the European Union will not hesitate to hot Russia with sanctions over the situation in Ukraine if it comes down to it.

Although all of the 29 members of the European Union have their own relationship with Moscow and many of them depend on Russian oil supplies, Merkel insisted that if Russia continues to encroach on Ukraine’s territorial sovereignty, the 29-member bloc will not hesitate to impose economic sanctions against Moscow.

Speaking at the Christian Democratic Part’s meeting on Saturday, Merkel stated that the growing tensions of the situation are forcing the EU to make a stand, and that although all European nations are different, it would be in the European Union’s best interest to make a unified decision if Russia does indeed take further action in Ukraine.

She did however indicate that she would keep talking with Russian President Vladimir Putin to work out a way to deescalate the situation, but no one country, no matter how strong they are is above the law and does not have the right to break said laws.

In an echo of what Merkel has said, Swedish Foreign Minister Carl Bildt also pressed the importance for unity of the European Union when it comes to dealing with Moscow.

“We should be very firm on international law,” Bildt said. “The rules must apply.” He went on to say that there is a debate as to what Russia is now and that the Soviet country has changed dramatically over the past few years and speculated that they are attempting to build a Orthodox bastion” against western nations.

While the European Union has only imposed sanctions on Russian individuals, like those that the United States imposed, British Foreign Secretary William Hague urged his colleagues in the union to be ready and willing to impose sanctions on Russia as a whole if need be.

During a meeting in Athens on Friday, Catherine Ashton the EU’s Hight Representative of Foreign Affairs called on members to work together to deescalate the situation. She also stated that NATO has not seen any signs of Russia recalling troops from the Ukrainian border.

During the meeting Ashton noted that the EU will not recognized the annexation of Crimea stating that it is up to nations to make their own decisions and that they need to “think carefully” about their relationship with Russia.

Along with the United States senate approving a bill that will send $125 million in aid to the fragile Ukraine and surrounding countries as well as a $1 billion dollar loan to Ukraine itself, the European Union has also pledged $15 billion in aid to the region.

The annexation of the Black Sea peninsula by the Russians has brought tensions between Moscow and the west to their highest since the cold war era and could dramatically shape the west’s foreign policy towards Russia for years to come.