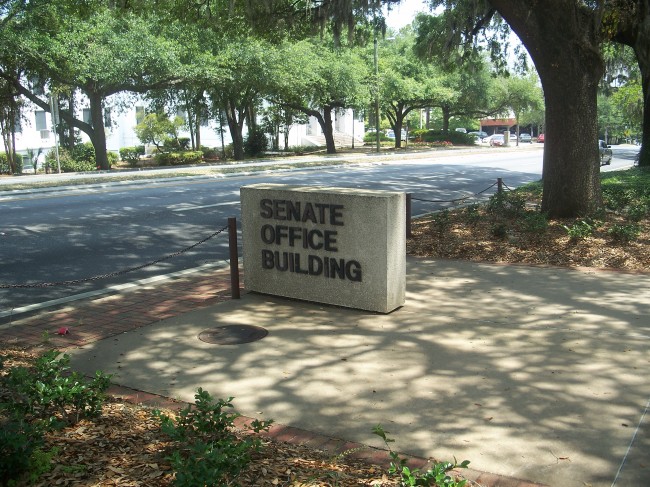 In a historic vote for medical cannabis in Florida, the Senate passed SB 1030 in a floor vote of 36-3, which would allow treatment of epileptic children using the Charlotte’s Web low THC strain of marijuana. The measure now moves to the House for a vote on HB 843, a similar bill. The House measure allows for treatment of other types of seizure inducing illnesses than the Senate version. The House has not scheduled a vote, but the legislative session will end within four days and many observers expect House action before the deadline.

Opposition to the measure appears more widespread in the House than was the case in the Senate. Thad Altman, R-Melbourne, was one of three Senators to vote against SB 1030. He contends that inadequate scientific testing has occurred with respect to medical marijuana. Although the types of double-blind scientific tests favored by physicians has not occurred, the families in attendance for the Florida Senate’s passage of the floor vote for Charlotte’s Web medical cannabis legislation can recite the benefits obtained by the children using the drug. Senator Alan Bean, R-Fernandina Beach, says that anecdotal evidence obtained from parents indicates that the life-threatening seizures suffered by their children are reduced from 300 to 400 a month to a mere handful in many cases.

The Charlotte’s Web medicinal marijuana is considered non-euphoric and those taken the medication do not get high. The low THC strain of the drug is condensed in an oil that is administered under the tongue of the patient. The scientific testing of the marijuana strain likely has not occurred because most pharmaceutical testing is performed by large profit making drug companies who fund the studies with the hope and expectation that successful testing will lead to drug approval and enhanced profits. In this instance, the medical marijuana does not have the same big pocket vendor paying the bills for testing. For the families contending with life-threatening seizures, the testing desired by some lawmakers may come too little, too late. For those desperate families pushing for Charlotte’s Web to become legal, the purported risks cited by opposing lawmakers seem trivial.

The Florida Surgeon General, John Armstrong, recently spoke out against the House version of the bill in a committee hearing. Many consider Armstrong’s opposition to the measure a signal of Governor Rick Scott’s intention to veto the bill if passed by both branches of the Florida legislature. Scott has not revealed his intentions so far. Scott has been vocal in his criticism of the proposed constitutional amendment up for a vote throughout Florida in November. Scott’s likely opponent for governor, recently converted Democrat Charlie Crist, offers support for the ballot measure. Scott could be weighing the possibility of Charlotte’s Web families appearing in October attack ads if he uses his veto pen on the bill.

Now that the Florida Senate has passed its version of the Charlotte’s Web medical cannabis bill by a decisive floor vote, all eyes move to the House and Governor Scott to see what they will do. The House will be under pressure to move the measure to the floor for its own vote. If passed, then Governor Scott will have to do the political calculus to determine whether to sign or veto.