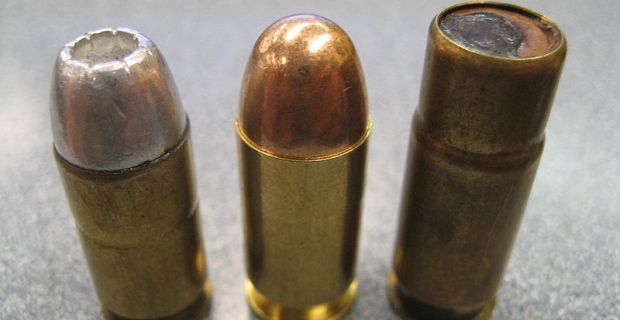 Guns and gun control are two issues that spark quite a bit of emotion in people on both sides of the political aisle. A new law in Georgia regarding the right to carry firearms in public has caused a great deal of controversy. In light of this, it is perhaps a good idea to take a closer look at the new Georgia gun law.

Guns in general are a topic that almost seem to create fear and paranoia in some people. Obviously, it is true that many people are victims of violent crime each year. For example, according to the Federal Bureau of Investigation’s website, from January 2012 to June 2013 there were a total of 433 murders in Chicago that were reported to authorities. There were a total of 11,488 robberies in that time span and 11,016 cases of aggravated assault. It should be noted that these were only cases actually reported to authorities, so the actual numbers are probably higher. Clearly, physical violence can be a serious problem. The key issue is what effect if any gun laws have on crime, not to mention whether or not gun laws are constitutionally or morally permissible.

Finding accurate and up-to-date studies on the relationship between gun laws and violence can be difficult. To be fair, the conclusions of some reports seem to be determined at least partially by the people involved. A report by the Center for Disease Control back in 2003 mentioned how generally inconclusive gun control studies were at that time. The report did not find sufficient evidence to determine the effectiveness of gun control laws one way or another. A more recent study, from 2013, also mentioned the lack of research in gun-related crime as being a problem.

The website for Harvard School of Public Health suggests a link between the availability of guns and the level of violence. Meanwhile, a study by criminologists Gary Mauser and Don B. Kates suggested that high accessibility of guns in a country did not necessarily mean higher violence. This study mentioned that the number of murderers were not evenly spread throughout a given population. Therefore, according to this study, if average, law-abiding citizens all had guns, the amount of violent crime would not rise dramatically. Of course, this echoes what gun-rights advocates have been saying for years: gun regulations that restrict law-abiding citizens are not all that effective at reducing violent crime. To be fair, it is tough to prove this one way or another in an absolute sense.

The point to all of this is that information regarding the effectiveness of gun control laws is very unclear. There is a lot of seemingly contradictory information and uncertainty. As has often been stated, the causes of violence are often left out of the discussion. Economic situations, mental health problems, drugs and gang activity, and culture in general can all have an impact on violence. Addressing the root causes of violence would likely be more effective than attempting to regulate weapons.

While this might seem like background information, it is very important when analyzing the recent Georgia gun law. The assumption seems to be that more freedom to carry guns in public or semi-public places will necessarily result in an increase in violence. However, as has already been pointed out, the relationship between firearm accessibility and violence is unclear at best.

One article even suggested that the United States had extremely permissive gun laws. This might be true compared to some countries, but some areas of the United States have rather strict gun regulations. It seems silly to ignore this fact. The article goes on to lament the new Georgia law.

Honestly, the angst over this law seems a little misplaced. It is true that the bill allows people to legally carry guns in public places. However, that does not mean there are no restrictions whatsoever. For example, according to a Washington Post article, a person could not carry a gun on school grounds without the permission of the appropriate school official. So it is not as if problem students are going to be able to bring guns to school and the teachers will have no recourse. A person carrying a gun in a church would need the permission of the pastor or church authority.

There seems to be some kind of notion that this law will turn the streets of Georgia into the Wild West. It is impossible to predict what the results will be with 100 percent accuracy, but it appears that concern over Georgia’s new gun law is overblown.

As with all gun laws, analysis of Georgia’s new bill can be tricky. The lack of information on gun control as it relates to violence makes the whole gun topic very easy to sensationalize. Perhaps what is needed in regards to this issue is more reason and logic, but less emotion and sensationalism.