Greetings From Mars in April 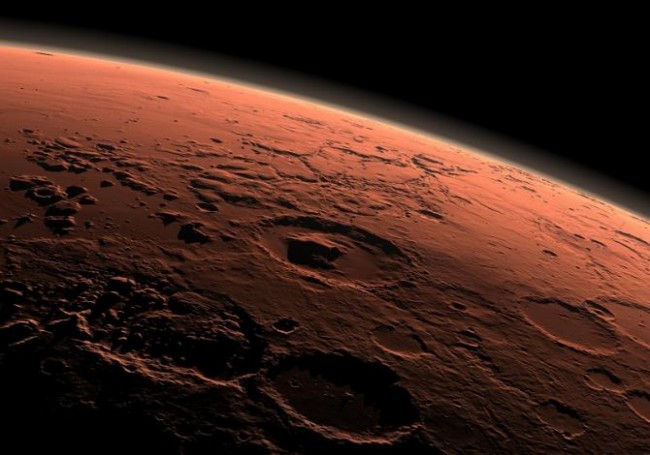 Mars will be sending greetings from the sky all night long on April 8 and 14. This will be the clearest view of Mars since 2007 because the red planet is at opposition with the Sun and the Earth, which means that all three celestial bodies will be almost in a straight line with each other. As the sun sets in the west, Mars will rise from the east, appearing as a bright red dot among the many stars in the sky. This does not happen every year because the Earth orbits faster and closer to the Sun than Mars. About every 26 months, Earth catches up to the red planet’s orbit, bringing another round of opposition.

On April 14, Mars will be at its closest distance to the Earth at a mere 54.4 million miles. At the speed of light, about 186,000 miles per second, it would take almost five minutes to reach Mars. Even at this distance, there still would not be much to see in detail on its surface with an average telescope. According to NJ.com, the best view of Mars with a telescope would be obtained by setting it to 200 times magnification or more on a clear night. The best time to see the red planet will be at midnight when it is high toward the south. Even though its famous canyon, Valles Marineris, and its highest mountain, Olympus Mons, can not be seen with a telescope, stargazers could still make out the white polar ice caps at its poles. Mars may even send its April greetings to Earth through its polar storms, appearing as billowy, white clouds.

Finding Mars could be a little tricky for amateur stargazers at first. At around 9:30 p.m. local time, stargazers should look for the Big Dipper in the northeast and follow its “handle” to the bright red star Arcturus. Near this giant star is the constellation Virgo, which contains Spica, its brightest star. Mars is the bright red dot above and to the left of Spica, and has a magnitude of  1.5, which is a bit brighter than Sirius, the brightest star in the night sky. April 14th’s spectacle will also include a full moon rising with Mars appearing within four degrees of the satellite.

Phobos and Deimos, Mars’ asteroid-like moons, are very challenging to detect with a basic telescope because their mother planet outshines them. However, according to Universe Today, Phobos never orbits far from the red planet, making one complete revolution in 7.7 hours, which is faster than the rotation of Mars. The close proximity to Mars should make it easier to detect. Deimos takes about 30 hours to orbit Mars. To get a higher chance of finding Photos and Deimos, Universe Today recommends that stargazers place Mars just out of the telescope field of view at very high power when one of the moons reach the greatest elongation. Mars could also be blocked from view by using an eyepiece with an occulting bar, which can block out most of the light from Mars so the two moons could be seen better.

Those who miss Mars in April shall not have to wait long for it to send another Martian greeting. Mars and Earth wave to each other again in 2016.

Greetings From Mars in April added by Nick Ng on April 5, 2014
View all posts by Nick Ng →

4 Responses to "Greetings From Mars in April"