Halliburton Success in Time for Lawsuits 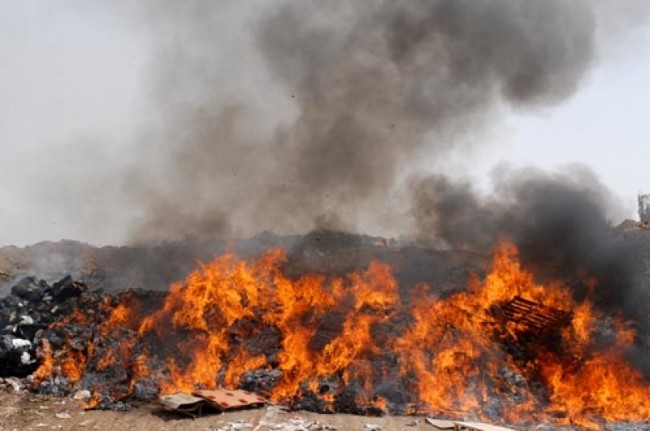 From its humble beginnings as New Method Oil Well Cementing Company in 1919, Halliburton Company has continued to grow. Founder Erle P Halliburton was worth an estimated $75 million at the time of his death in 1957. The current Halliburton CEO announced that Halliburton NYSE shares climbed nearly three percent to $62.69 in afternoon trading after company stock hit a record high of $63.88 earlier that same day. Halliburton’s success during this first quarter took place overseas. Most in countries like Indonesia, Saudi Arabia, Thailand and Malaysia. Conveniently this financial success seemed to be happening for Halliburton just as the multi-million dollar corporation was being hit with nearly 60 lawsuits for overseas activity in the Middle East. Halliburton Company is no stranger to controversy. During the presidential election of 2000, Halliburton’s affiliation with former vice president Dick Cheney was called into question. Cheney, a retired former CEO of Halliburton Company had apparently received a generous sum of deferred compensation in addition to a hefty severance package.

Now in the wake of their biggest success,  some of Halliburton’s vast earnings may have happened to arrive just in time to go toward legal bills. Halliburton and KBR, another United States military contractor, are the focus of the lawsuits that have been filed because of the result of unforeseen health detriments that the incineration of trash has had on U.S soldiers. Halliburton and KBR was paid a sum of $40 billion for services to the United States military for waste disposal and water treatment. In accordance with the Logistics Civilian Augmentation Program, KBR and Halliburton operated waste burning pits 10 acres wide for 24 hours every single day onsite at U.S. military bases all through Iraq until 2010, when the National Defense Authorization Act officially banned them. The ban occurred when there came a rise in cases of specific health conditions started becoming common among U.S. soldiers who were coming home from active duty in Iraq. Some of the illnesses listed were asthma, Lou Gehrig’s Disease and chronic bronchitis. Among the things incinerated in the pits were plastics, medication, dead animals, batteries, appliances, and even human body parts. Individuals affected by the fumes range from Iraqi civilians and U.S. soldiers, to government contractors. They believe that  they were exposed to carcinogens and toxic chemicals when they were breathing the noxious smoke.

Among the afflicted is former staff Sgt. Susan Clifford. Ms. Clifford claims that her doctors have discovered evidence that her lungs are filling with fluid. This discovery was prompted by the more frequent occurrence of coughing up phlegm that Ms. Clifford, a former runner was experiencing after she returned to the states.

The initial ruling of Maryland Judge Roger Titus that the two corporations should not be held responsible was thrown out by a panel of judges in Richmond, Virginia. Judge Titus believed that the companies acted within the parameters of their contract with the military and should maintain immunity in the case, whereas the Virginia panel believes that there is evidence proving that the contract was violated by both companies. Environmental toxicologist at the University of Michigan,  Mozhgan Savabieasfahani conducted a study in Fallujah and Basra that found an increasing number of abnormalities, multiple cancers and birth defects in newborns of the area as compared to data from before the war began. In the wake of Halliburton’s stock success, the harrowing stories of the Iraq war veterans affected by the toxic trash fumes will continue to haunt them.

3 Responses to "Halliburton Success in Time for Lawsuits"