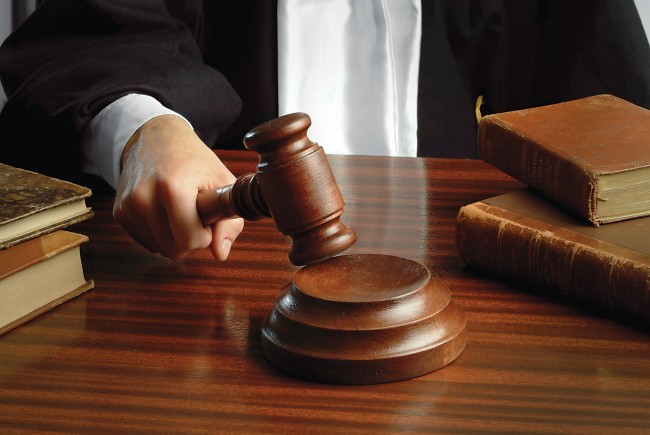 The state of Iowa has officially made their state a theocracy after ending the separation of church and state by signing a document that declares all nations must submit to the “providence of almighty God” and that there will now be an official Christian “day of fasting, humiliation and prayer” for Iowans each year on July 14. The idea comes from what has been described as a “fringe group” of fundamentalist Christians called “Prayer 7-14-14.”

Iowa governor Terry Branstad (R) signed the declaration during a press conference in which he read from the document. The document itself includes several major mistakes, including calling John Hancock the President. Hancock, of course, was never the President of the United States.

The proclamation stems from a direct request from “Prayer 7-14-14.” The group earlier released a lengthy tome which discusses, in part, how God speaks directly to the author, who is the head of the organization, by “speaking to” him “in dreams, visions and His word about our nation.”

It is worthy to note that most people who think they hear voices and see visions are generally considered to be struggling with some form of mental illness; yet, this document was the catalyst for the governor of Iowa to sign theocracy into law, effectively ending separation of church and state.

The day of humiliation will include fasting and prayer, and will include a focus on repentance, accepting Christian doctrine as the true and correct spiritual path for the state of Iowa; and other miscellaneous constitutional violations.

A website called the Family Leader published the news, and says it is colluding with the state of Iowa and other fundamentalist Christian groups to bring Christian revival to the whole nation, conveniently leaving out the fact that not everyone in the United States is Christian.

Further, the signing of the document neglects the fact that “a wall of separation between church and state” has been widely established by multiple Supreme Court justices dating back to an 1879 ruling. That decision stated that Thomas Jefferson’s idea of a wall of separation “may be accepted almost as an authoritative declaration of the scope and effect of the [First] Amendment.” This was strengthened in 1947 when the Supreme Court ruled “In the words of Thomas Jefferson, the clause against establishment of religion by law was intended to erect a wall of separation between church and state.”

It is not debatable that separation of church and state has been the law of the land, established by the Supreme Court on multiple occasions, for a very long time. Despite this, Iowa has now signed theocracy into law, ending the wall of separation for Iowans permanently. Putting constitutional law and little technicalities (like that fact that the governor of Iowa has essentially implemented a Christian version of Sharia law) aside for a moment, let’s talk about what most citizens of the United States want.

Few, if any, United States citizens would argue that people don’t have the right to congregate, pray, fast, repent, participate in humiliation, etc., as a group. However, the majority of United States citizens do object to government-sponsored religion. In fact, nearly 70% of Americans support a clear and strong “wall of separation” between church and state. This is reflective of the latest numbers from multiple polls and studies which show that Americans as a society are losing their religious affiliations faster than at any other time in history.

Besides the fact that the majority of Americans do not support a state or government sponsored religion, the knowledge that this new law was inspired by someone who thinks he is having visions and hearing voices is perhaps even more disturbing than the final outcome of the law itself.

Lest anyone think that Iowans fundamentally disagree that there even is a legal separation of church and state in this country, consider an editorial in The Iowa Republican, where author Nathan Tucker pleads with the Supreme Court to establish a government sponsored religion and overall theocracy. He makes no disguise of concealing his plans, as the title of his frightening essay is, literally: Tear Down This Wall of Separation.

In his horrifying diatribe, he states the Supreme Court has just been terribly confused about what the First Amendment really means. “The Religion Clause is only violated by government religious discrimination,” he claims, and seems to indicate that the clause is not related to preventing crazy zealots from forcing their personal religions and corresponding beliefs down everyone else’s throats at the hands of the government. “The courts should…tear down the wall of separation,” Tucker insists.

Unlike the National Day of Prayer, which has been ongoing since the 1950s and calls upon people of any and all faiths to gather together to pray, this new law in Iowa is a strictly Christian manifestation, conceived by a group specifically dedicated to “saving” people in Christ’s name.

The website for “Prayer 7-14-14” is a peculiar presentation that reads like a cross between the insane ramblings of a soapbox preacher and a fifth grader struggling with sentence fragments. Despite the unusual verbiage and fervent pleas to come to Jesus, the website is entwined with the official state government of Iowa as it has published the governor’s endorsement of its mission on a page called The Proclamation. In addition, Governor Branstad will be formally presiding over this fiasco on July 14. Thomas Jefferson is undoubtedly very restless in his grave.

One of the more disturbing and exclusionary passages from the website states: “It is about knowing who we are in Christ!  That He first loved us and He still loves us and is pursuing us to come back to Him.” Through this and other sections, the site makes it abundantly clear that no other religions will be represented at the state sponsored day of Christian prayer.

The state of Iowa has signed theocracy into law, ending the separation between church and state; an idea that has been upheld by the Supreme Court since 1879. Governor Branstad has violated the Constitution and disgraced his office. He ought to step down immediately for his illegal actions, which bring shame to the United States. America is not a Christian nation and it never has been. No citizen should ever be called upon by his or her government to worship any one specific deity. When that begins occurring, America is no better than any other theocratic oppressive regime, and that is not what the forefathers, many of whom came here because of their own desire for religious freedom, would have wanted.

21 Responses to "Iowa Signs Theocracy Into Law, Ending Separation of Church and State"