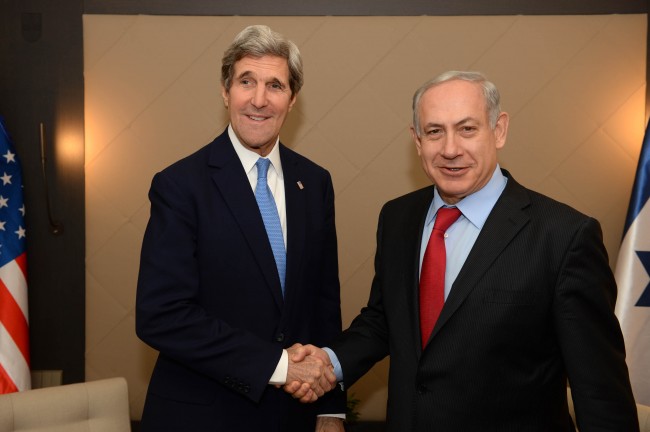 Israeli officials announced that they are suspending Peace negotiations with the Palestinian Authority in reaction to the deal recently reached by Hamas and Fatah to reconcile in order to create a more unified Palestine. The Israeli government has been holding peace talks with Mahoud Abbas, the leader of the Fatah for nine months before he agreed with Hamas, a group which Israel and the United States consider a terrorist group, to a reconciliation pact to create a unified Palestinian government.

“Hamas is stuck in a very extremist, terrorist mode. And as the result, if Hamas is now part of the Palestinian government, we will not talk to people who say the State of Israel must be destroyed.” said Mark Regev, a spokesperson for the Israeli government.

The announcement came days before the talks were scheduled to end on April 29th, and is a serious blow to US brokered talks to bring peace to the region. Israeli Prime Minister Benjamin Netanyahu’s cabinet voted unanimously to end the talks because of the Palestinian deal. Netanyahu said that Abbas signed an agreement with a group that want’s Israeli destruction and that, “whoever chooses Hamas’s terrorism doesn’t want peace [with Israel],”

United States Secretary of Stare, John Kerry stated that the US will, “Never give up our hope or commitment for the possibility of peace,”

State Department spokesperson Jen Psaki stated that while there have been rumors of Hamas and Fatah unifying for a few weeks, that the US was caught “off guard” by the move. She went on to say that the process was contingent on both parties working together to come to an agreement for peace.

In recent weeks, the talks have been in peril amid unilateral moves and threats by both Israel and Palestine. First with Israel’s refusal to release two dozen prisoners on March 29th and then Palestine’s decision to seek recognition by 15 UN treaties. The tit-for-tat tactics used by both sides drew strong criticism by the United States, as Kerry stated that both sides needed a “reality check” a few weeks ago.

However, some in Hamas, while they are not surprised by Netanyahu’s response, actually believe that a unified Palestine will only help peace negotiations, rather than hurt them.

Because of the Israeli Prime Ministers decision, Hanan Ashwari a member of the Palestine Liberation Organization’s Executive Committee has placed the blame on the collapse of the negotiations squarely on him, and his unwillingness to create a two-state solution. She said that the alliance between the Fatah and Hamas serves to place all Palestinians on the same political playing field.

The United States has spent a lot of time in recent weeks to try to salvage talks from the political back and forth between the two sides. And while the US is disappointed in the outcome, Jen Psaki stated that Israel should not be expected to negotiate with a government that doesn’t believe in its right to exist.

One Response to "Israel Suspends Peace Talks Amid Hamas/Fatah Deal"