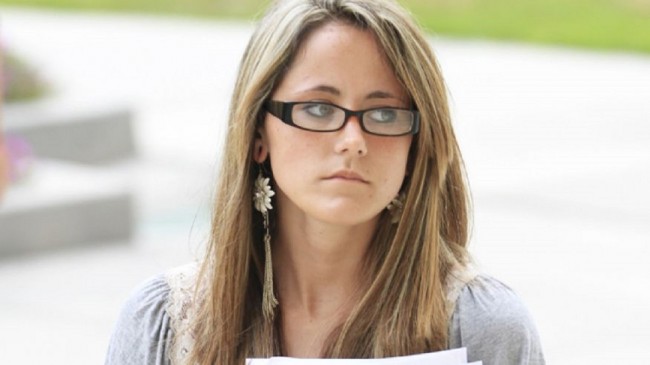 Teen Mom 2 star, Jenelle Evans has never been able to see eye to eye with her son’s father. However, Andrew Lewis really stepped over the line this time when he snuck into daycare behind Jenelle Evans’ back in an attempt to visit Jace, and now she is furious.

While Evans has not been the model mother to little Jace, Lewis has essentially never been in the child’s life. The only person who truly has a say over the child is Jenelle’s mother, Barbara who took custody of Jace when he was just a baby because Lewis was not around and all Evans could do was run the roads, party, take drugs, and stay in trouble.

Through the years, especially since a paternity test proved he was Jace’s father, Lewis has expressed a desire to visit the boy. Barbara and Jenelle have told him he can come and see Jace but that he also has to pay his back child support. So far, Lewis has not made any attempt to actually visit Jace; and to date, he owes Barbara more than $10,000 in child support, but she better not hold her better until she gets it.

Instead of going to Barbara’s to see Jace or paying his back child support, sources say Lewis has tried to get custody of his son on at least four different occasions; however, he has not been successful. Evans sees Jace on a regular basis but she is still not in a place where she could take custody of him and care for him properly, not to mention the fact that she is pregnant with another child that Barbara may also end up taking it if Jenelle does not straighten up and live right. Realistically, Jace is in the best place possible, which is with his grandma who loves him and takes care of him every day.

Sources say Andrew Lewis has snuck to daycare on four different occasions trying to visit Jace, and after finding out about it, Jenelle Evans was furious. Of course, he is not on the list of people who are permitted to see Jace at daycare; however, on at least one occasion, a daycare worker allowed him to visit his son. Thankfully, the daycare is on lock down and a code is required to get in the door so not just anyone can walk in. The other three times Lewis attempted to see Jace, the daycare turned him away.

Evans is not the only one who is furious about Lewis’ attempts to secretly see Jace, her mother Barbara is also angry and she is worried about Jace’s safety. Barbara has even gone to the daycare and taken him home with her for fear that Lewis will stop by again.

While Jenelle Evans was furious after she learned that Andrew Lewis had snuck to daycare to try to see Jace, Barbara has legal custody of Jace and she is the only one that can put a stop to Lewis’ nonsense. All she needs to do is take out a restraining order against Lewis, which would prevent him from being able to go back to daycare, and if he did go back, he would be arrested. If Lewis is serious about seeing his son, he needs to step up to the plate and do it the right way. Jace does not even know his father and Lewis sneaking around to see him is only going to confuse and scare the child.