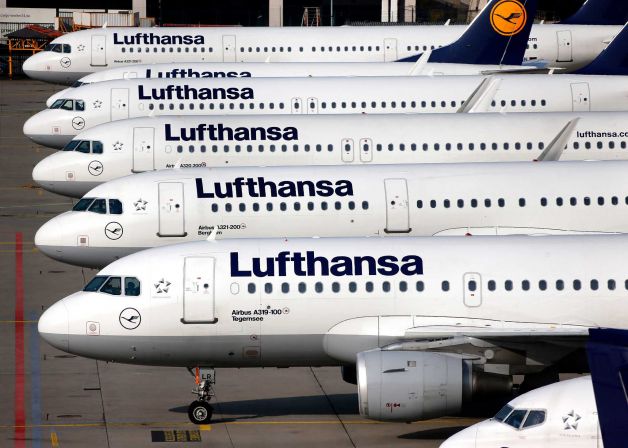 Disagreements related to changes in retirement benefits have prompted pilots of the German carrier, Lufthansa, to orchestrate a strike resulting in a labor lag between union members and airline officials. The protest has halted 3,800 flights and affects over 425,000 passengers on Lufthansa and its budget airline, Germanwings.

The strike began on Wednesday by pilots represented by the union Vereinigung Cockpit (VC), who are dissatisfied with the airline’s plan to implement changes to pilot’s retirement age and benefits, as well as proposals for pilots to contribute monetarily toward a transitional pension fund. VC represents almost 90 percent of pilots employed by Lufthansa and Germanwings, its low-cost units.

As the Lufthansa labor lag enters its third day, VC is concerned that the pilots are highly pressured, and should have the benefit of early retirement as opposed to working longer for more financial gain. VC believes doing so will result in risking the safety of passengers. Union representative Marcus Wahl expressed that, “it is important to us that pilots who no longer think they are fit to fly have the possibility of receiving a pension before the state pension plan kicks in.”

Lufthansa has been in dispute with pilots and their union since 2012, due to issues relating to working conditions, benefits, wages and the hiring of temporary staff members. Aviation expert, Heinrich Grossbongardt, stated that, “the unions are trying to get the money that they didn’t get in the past two years.”

The current strike is already noted as the longest labor strike in German aviation history and combined with the walkout two years ago, it has been estimated that Lufthansa has incurred a loss amounting to $170 million. Within the last 6 weeks, Lufthansa has already faced 3 strikes. Striking security employees in Frankfurt airport cost Lufthansa $4 million last February.

Leading up to the strike, Lufthansa promised passengers that it would deal with the situation as flexible as possible. The airline communicated with passengers using their website and also with the use of text messages and e-mails. There has been a ripple effect on other passengers not directly linked to Lufthansa. Canadian passengers were informed by Lufthansa’s Star Alliance partner, Air Canada, that their travel plans might also be affected due to the code-sharing system between the two carriers.

German Transportation Minister Alexander Dobrindt said there needs to be a “swift solution to the conflict.” Dobrindt also said passenger inconveniences are not advantageous for the union or the airline. Lufthansa low-budget carrier, Germanwings, has been utilized to help lessen the delays and hardship passengers are experiencing.

There have been various aviation strikes across Europe in recent months that have had ripple effecst on air passengers. In October 2013 air traffic controllers in France underwent a strike against a plan to establish a single European air traffic control system, which they believe will cost them their jobs.The British budget carrier easyJet cancelled over 50 flights across Europe due to the strike in France. Over 7,500 of easyJet’s passengers flying to Africa, Greece, Spain, Portugal, Italy and Cyprus were affected.

VC commented on Friday that it was ready and willing to resume talks with Lufthansa, however there has not yet been any sign of resolving the labor lag with Germany’s largest airline company. Lufthansa stated that it will not make any new offers to pilots until negotiations resume, and it is now concentrating on making sure everything returns to normal. Many are concerned that passengers may refuse to fly German, due to Lufthansa’s pilot uncertainties over the years.

One Response to "Lufthansa Labor Lag"