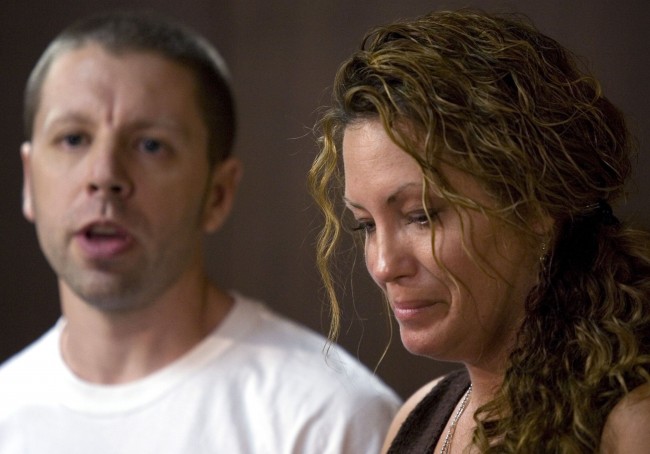 With a custody battle looming over the Horman family in June this coming summer, scandal still surrounds the case of a missing Oregon boy. Over the last four years, the heart wrenching case of missing seven-year old, Kyron Horman seems to have faded into memory for the general public.

“Honestly, once they took his photo down from the window at Plaid Pantry, I kinda forgot about him. The picture has been replaced by a lost dog in the neighborhood.” Says Cori Hanson, of Southeast Portland.

For Desiree Young and Kaine Horman, the boy’s parents, his disappearance has left a glaring void in their everyday lives. “My heart will not be whole until you are home again.” Desiree Young addressed her son, whom she maintains hope is still alive, in a press conference last year.

Since the morning of June 4 2010, when Kyron Horman disappeared from his Portland, Oregon elementary school, no arrests have been made, and no persons of interest have been formally declared by the Portland Police Department. Yet Terri Horman, the boy’s former step-mother has long garnered the attention of the media and general public as a suspicious character due to her strange and scandalous actions in the weeks before and after Kyron went missing. Prior to attending the science fair with Kyron, Ms. Horman had given school notice that Kyron would not be present in class that day, due to a doctor’s appointment. Ms Horman has also been accused of an alleged murder for hire plot against her former husband, Kaine Horman. The Horman family landscaper, Rodolfo Sanchez came forward with the claim that Ms. Horman had approached him with an offer kill Mr. Horman.

Upon being made privy to this information, Kaine Horman immediately left his wife with their 19 month old daughter, Kiara and filed for both a divorce and a restraining order, within two days. When investigators requested that the landscaper return to Ms. Horman whilst wearing a wire to discuss the supposed plot, Ms. Horman quickly cut the conversation short and vehemently denied any allegations.

Without evidence of an exchange, the murder for hire claim cannot be verified and remains a battle of he said – she said. Nevertheless, Mr. Sanchez will be allowed to testify at the custody hearing of the now five-year old Kiara Horman in June while Judge Kantor says that he will give the testimony “little or no weight”. The negative attention incited by the rumors surrounding Ms. Horman appear to have left the former competitive body builder on edge. A simple paper sign reading “No Trespassing. Your threats have been documented” complete with the photographs of three women has been posted on a tree outside of her residence.

“I’ve talked to officers and I have no charges against me. Us three ladies are innocent and we’re just supporting to bring Kyron home,” said Laura White, one of the women on the sign.

White, a neighbor of Ms. Horman said that they had never interacted and that she learned of the sign after logging onto the Roseburg Supports Kyron Horman Facebook page. The page is run by a community of individuals who believe that Terri Horman is responsible for Kyron’s disappearance. Teri Horman herself remains quiet about the events of the case; not speaking to journalists, barring her son from testifying in the upcoming custody case for his half-sister.

The case of missing Kyron Horman himself is still open and under investigation, with little details being released to the public. Despite having little public developments, it has garnered similar local attention as the Casey Anthony trial of 2011 with its scandalous details.