Pakistani Man Re-Arrested for Cannibalism After Head Found in Home 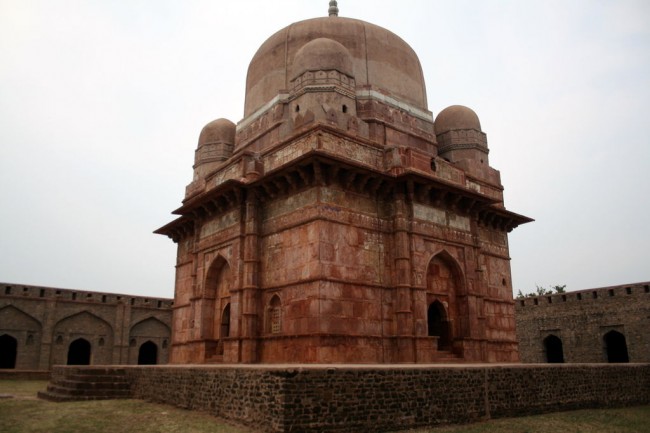 A Pakistani man previously jailed for cannibalism has been re-arrested after a child’s head was found in his home. Mohammad Arif Ali, 35, was arrested this morning. His brother, Mohammad Farman Ali, 30, is still sought by police.

Both brothers previously served two years in jail for cannibalism. Police said the brothers had dug up more than 100 corpses from the local graveyard and eaten them.

Arif was arrested this morning on suspicion of cannibalizing a child after a young boy’s head was found in his home. The child was thought to be two to three years old. Police investigated after neighbors reported an unpleasant smell coming from the home, which is in the small town of Darya Khan in central Pakistan.

The brothers were arrested in 2011 and imprisoned for two years after stealing a woman’s body from her grave. They later admitted to making meat curry from her body. Since Pakistan has no laws relating to cannibalism, and since they did not kill anyone, Arif and Farman were convicted of desecrating a grave. They were freed in May, 2013.

Townspeople were not happy with the news that the brothers had been released. Protests were held on major highways in the area that blocked roads for hours. Police had to put the brothers into protective custody to prevent their lynching. Then the two essentially disappeared, keeping a low profile until the most recent incident.

During the initial questioning, Arif admitted that he and Farman chopped up the child’s body and cooked it, but he blames it all on his older brother, denying that he either helped him or eaten the curry.

The brothers were previously married with children, but both their wives abandoned them before they were arrested in 2011. In 2013, BBC News tracked down both wives, who said their husbands did not work, beat them, and disappeared at odd hours, locking the women in the house when they went out.

The previous arrests in 2011 occurred after the body of a 24-year-old woman disappeared from her grave. Investigations by police led them to the Ali brothers’ home. Police raided the house and found Arif. Farman’s room was locked and he was not present. When the room was opened police found a cooking pot full of meat curry. The woman’s body was found under the bed, with both legs removed.

The stew was analyzed in Multan and shown to be made from the woman’s body. The brothers admitted to police that they had dug up and eaten several other bodies from the local graveyard, and said that they had been doing so for a couple of years.

The 2013 BBC report says that during the investigation leading to the 2011 arrests, police found leads that the brothers had been in touch with a man who was supposedly a sorcerer, who had also been caught stealing bodies from graves. During police questioning Farman said that he had tried to cast a spell on his neighbors by writing certain verses of the Koran in reverse, but in order for the spell to be effective he had to be unclean and eat human flesh.

Since the re-arrest of the Pakistani man under the suspicion of cannibalism, police are searching nearby graveyards for signs of disturbance. They also continue to search for brother Mohammad Farman Ali.

Pakistani Man Re-Arrested for Cannibalism After Head Found in Home added by Beth Balen on April 14, 2014
View all posts by Beth Balen →