Peaches Geldof Never Got Over Her Childhood Trauma 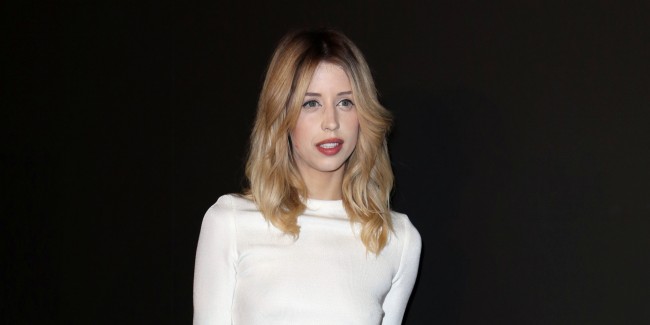 Shortly before her death, Peaches Geldof admitted that she never really got over her childhood trauma. When she was just 11 years old, her mother died from a drugs overdose, and it is something that always haunted the socialite.

During an interview with Aga Living, she explained that she had come to terms with her mom’s death, but not the actual childhood. The 25-year-old had finally understood the difficulties her mother, Paula Yates, had faced. It was only after have her own children that she finally came to terms with Yates’ death.

Geldof explained that there were parallels between their lives. She had lived through pain and hardship, and it helped her understand Yates better. The writer and presenter explained to her interviewer that she believes people have to go through that if they want to understand the other person.

She also shared a controversial thought that it is “enjoyable to be a bit depressive” at times. This was after acknowledging that nobody truly knows what it is like to be happy until they have felt depressed.

The 25-year-od had previously explained that she owed her life to her sons. Before then, she had no idea who she really was and what she was meant to do. After the birth of her elder boy, Astala, 22 months ago, she finally realized that she was always supposed to be a mom. Her babies became her way to correct the mistakes that she had always made. They helped Geldof start to get over the childhood trauma she never really accepted and moved on from.

Her cause of death is still unexplained, even after the post-mortem. There are a number of suspicions, including suicide and her juicing diet causing a fatal heart attack. However, nothing can be confirmed and most likely never will. All that is known is that there was no suicide note and no hard drugs.

Many do not believe that she would commit suicide, especially when she was left at home alone with her children. Considering how Yates’ death had affected her, she would have never wanted her boys to feel that pain, especially knowing that they were there at the time. She also seemed extremely happy and had a lot of things planned for the future.

One of those things planned was reportedly a secret TV program in Australia. She had told Aga Living that she was looking forward to taking her family to Australia with her. There has been no confirmation about this project, and no details shared about it.

She was also reportedly going to write a magazine column about her life with her boys. There was so much for her to live for, and she was finally extremely happy with her life. Even though her troubled childhood would always be at the back of her mind, which is understandable, she wanted the best for her boys and wanted to be there to see them live a happy life. Geldof wanted them to have the youth that she never had because she had never really gotten over the traumas from her childhood.