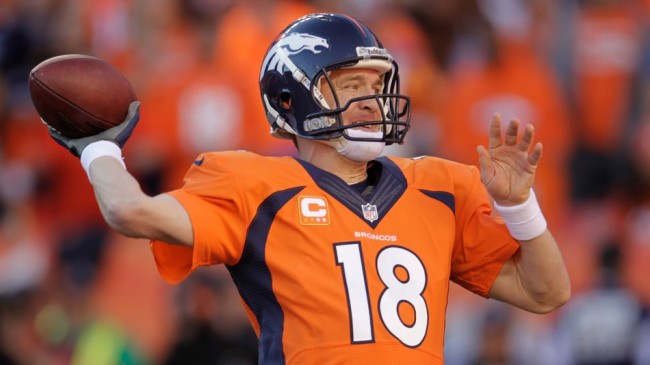 In Denver, it’s simple to get a local networking event to make national headlines:  Invite Peyton Manning to be the keynote speaker.  On Wednesday morning the Denver Area Council of the Boy Scouts of America held their 38th Annual Sports Breakfast, a premier Business and Sports Networking event in Denver to raise money for Scouting in the area but if you asked the Scouts in attendance, the most important aspect of the breakfast was the chance to meet Peyton Manning up close and personal and hear him speak about the importance of scouting.

Manning looms larger than life in Denver- or anywhere in the football world for that matter- and that sentiment couldn’t have been more prevalent than it was on the faces of the Boy Scouts sitting down for breakfast at the Pepsi Center in downtown Denver at seven o’clock in the morning to hear Peyton speak.  Wearing a blue, pinstriped suit and an orange tie, Manning gave a short, light hearted talk, praising the Boy Scouts and their values and joked that when he was asked what he’d be charging to headline the event, saying since it was the Boy Scouts he wouldn’t be charging a thing- the Boy Scouts said they’d probably go ahead and spend the money to get somebody better.  He also admitted that probably a third of his fan mail is from parents requesting congratulatory letters to their sons upon becoming and Eagle Scout.  Manning said he wasn’t sure, in his lifetime, if the values of Scouting have ever been more necessary than they are today.

Peyton is known for his charitable contributions and for being a class act off the field almost as much as he is known for his prowess on it.  After the breakfast Manning answered questions to the press regarding the Broncos’ loss in Super Bowl XLVIII, the Broncos’ offseason acquisitions and departures, with the eavesdropping ears of young Boy Scouts all around, one of the rare instances he’s spoken about the devastating 43-8 loss this offseason.  When asked if the loss was a “fluke”, Peyton answered  “I don’t really have a word for it.  Obviously it was disappointing, and we’ll use that to fuel us this offseason.”  If anyone had asked one of the Denver Boy Scouts standing nearby, they probably would have gotten a bit more of an ear-full, if the awe of being in the presence of Peyton Manning wouldn’t be holding their tongues still and their mouths agape, that is.  When asked about some of the Broncos’ offseason departures.  Peyton said,  “That’s the worst thing about football, when you form some friendships with these guys, and they’ve really put a lot of hard work in, and it’s just the business side comes into play.”

It’s not clear as to whom Peyton Manning could have been referring to when he said the Boy Scouts could’ve hired somebody better to speak at their breakfast.  In the star-struck eyes of the boys watching him at the podium and hovering nearby afterward as he politely answered the sporting world’s questions in a manner most befitting a Boy Scout, Manning still is and will always be their champion- win or lose.