Portland Reservoir to Be Drained After Teen Urinates in Drinking Supply 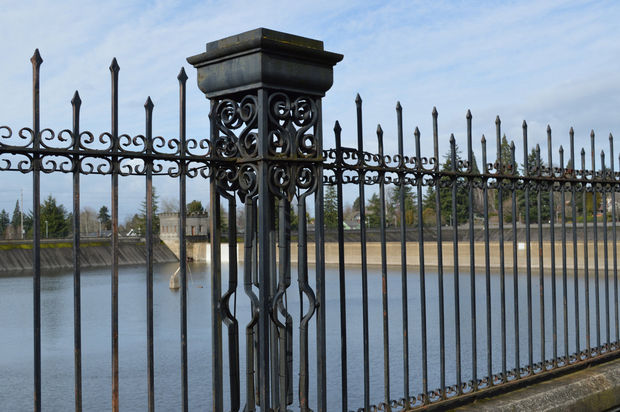 Portland, Oregon officials were forced to drain one of their water reservoirs after a teenager was caught on camera urinating into it.  Although the water was tested and declared safe, the city will dump the water, which would fill approximately 57 Olympic-sized swimming pools.  The Portland Water Bureau reports that at 1:00 a.m. on Wednesday, a 19-year-old teen was recorded urinating through the fence which encloses the Mount Tabor Reservoir No. 5, which was constructed in 1911 and  is located in the southeast area Portland.  Also recorded on tape were two companions of the urinating teen, who was caught leaning against the fence and staying in that position for several moments before hiking up his pants and backing away, attempting to climb over the fence, although only one of them made it over.

Due to the antics of the teens, the bureau was forced to close the reservoir, in which water that has been treated for drinking is stored before being routed through mains directly to customers, in order to test the water to see if it had been contaminated.  Although the tests results on Thursday showed that the water was clean, the city still plans to drain 38 million gallons of clean drinking water from a reservoir that can hold up to 50 million gallons.  The administrator of the bureau, David Shaff, stated that their customers expect to be provided with water that has not been contaminated deliberately.  Shaff is also not concerned about a shortage of water due to the loss of 38 million gallons because he says that the city has “tons of water available that doesn’t have human pee in it.”

The water that is drained will go into the city’s sewer system where it will find its way to a treatment plant before being released into the Columbia River.  Each spring and fall, the reservoir is drained so that it can be cleaned.  Only three weeks ago, the reservoir was drained and cleaned for spring.  The co-founder of the group Friends of the Reservoirs, Floy Jones, calls the reservoir draining “extremely wasteful” and said that no evidence exists that urine made its way into the water and that even if it did, nobody would be hurt by drinking it.

The unidentified teens have been ticketed for trespassing and banned from Mount Tabor Park.  The 19-year-old was also cited for public urination.  Whether more serious criminal charges will follow is to be decided by the Multnomah County District Attorney’s Office.

A similar situation occurred in June 2011, which forced the Portland Water Bureau to dispose of approximately 7.8 million gallons of drinking water.   Officials estimate that it cost the city of Portland $35,000 to drain and clean the reservoir in that case.  The urinating man in 2011 eventually pleaded guilty to the charge of misuse of a reservoir and received community service as a sentence.    Also receiving community service as a punishment were the couple who were caught skinny-dipping in the reservoir in 2008.  Although Shaff has admitted that reservoir workers commonly find dead animals in the drinking water supply but never drain that water, he explains by saying, “This is different.  Do you want to drink pee?”