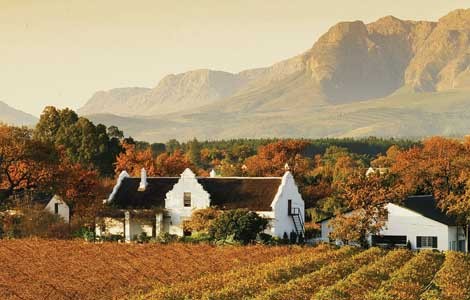 The daily escalation of murders in and around South Africa has drawn recognition from International groups seeking a solution for this crisis. The term genocide is the deliberate killing of large groups of people of a particular race or ethnic group. The country’s whites are the victims of racial killings spiraling out of control. The pointless and often brutal slayings have no agenda or motive by the attackers and often it is the innocent, elderly, and young who become victims.

Americans against White Genocide in South Africa,a group based in America, with the intention of seeking world attention on the white minority has lodged a claim with the International Criminal Courts in The Hague against genocide of whites. The group has received an acknowledgement receipt of the complaint and now awaits further action.

Their claim of genocide includes the murders of farmers, men women, and children who have been tortured, raped, and then killed. It is estimated that since 1994 over 70,000 whites have been murdered in cruel and often horrifying ways. The murder rate is four times higher than that of the general population.

Statistics reveal that many people are slaughtered without motives. When theft is a motive, the victim will be raped, tortured, and then murdered by the attacker. Attackers use brutal means to torture their victims and will burn them with an iron, pour boiling water or oil on their bodies, and cut their bodies with pangas and other dangerous weapons.

The stunning white genocide in South Africa is violent, and according to Genocide Watch, run by Professor Gregory Stanton, this has placed the white people at stages six and eight of genocide. Stage six is referred to as the preparation stage while stage seven is the extermination stage. Stanton was part of an anti-apartheid movement and often people refer to him as racist and dismiss his theories before attempting to listen to his claim. Genocide Watch is the only international human rights group willing to declare an “Alert” on the high murder rate of farmers. Opposed to all forms of racism from any source, this group supported the anti-apartheid movement.

The actual statistics are unknown because the South African police fail to report most murders and do not make a distinction between black and white victims in crime records. It is estimated that 50 murders are committed daily in the country. Since 1994 it is estimated that around 350,000 murders have been recorded, although this figure can include other races.

An official state census revealed the white population of South Africa to be 4,434,697 in 1996. More than 400,000 have emigrated. In the twenty years of democracy, 2 percent of whites have been murdered with the figures sharply increasing. A record of 7,518 black people was killed by the apartheid government, and this would result in a 0.02 percent of the black population. When taking into account these figures the apartheid government was proclaimed by many not to have been responsible for killing millions of black people. On average 100 percent more whites are killed than blacks are.

The killing of farmers is the most highlighted factor in the white genocide claim by the international group. More than 4,000 farmers have been killed since 1994, excluding the number of victims who survived the trauma, rape, and assault. This is an alarming percentage considering 10 percent of the farmers have been murdered in the last 20 years.

The theme of the genocide action is hate speech. People do not go about killing others because they are disadvantaged; they need to be called to act. The world ignores the hate speech spoken repeatedly by the African National Congress (ANC) party. Former ANC youth league leader Julius Malema defied a court ruling banning the singing of the “Kill the Boer” song. Ronald Lamola, current president of the ANC youth league, continues to outshine his predecessor by stepping up hate speech against Afrikaners.

Lamola claimed the land reform policy needed a forceful act of war and told his followers that it was an illusion to believe whites would hand over the land peacefully. Afriform, a South African civil-rights organization, has filed a complaint against Lamola for the use of hate speech.

It was a few hours after Lamola called for war that a 77-year-old farmer was murdered in Limpopo province. An American tourist found the deceased farmer and his critically injured wife.

Facebook and Twitter have now become the leading social media for people to express their anti-white hate speech. Propaganda spreads on the social media platform from liberation movements and the uninformed keep repeating the wrongs of apartheid. On the other side of the social media platform, groups are formed by whites and other activists proclaiming the need for protection of the white population.

The Economic Freedom Front (EFF), a new political party in South Africa and a contender in the May elections, launched a banner in October 2013 with the words “A revolutionary must become a cold killing machine motivated by pure hate.” This banner caused a scandal and the social media sites buzzed with indignation over the hate speech. Another picture by the EFF that showed a banner displaying “Honeymoon over for whites in South Africa” also caused a flurry of attention. An EFF spokesperson denied any claim to these banners and dismissed this as propaganda.

Analysts of the Marikana mining massacre where 34 people were killed last year showed that many citizens believed the only answer for their voices and dissatisfaction to be heard by government was through violence. A deep-seated anger rages to the fore as the continued outbursts and killings continue daily.

Afriform listed ten reasons why South African farm murders should be prioritized and said the minister of police refuses to acknowledge the problem.

Mamphela Ramphele, the leader of a newly formed political party Agang SA,  said Julius Malema, leader of the EFF, is South Africa’s own Hitler. She made the comparison based on the dangerous promises of land reform he made to the poor people as compared to Adolf Hitler and his promises ahead of World War II. While more than 38 percent of the country’s youth support the EFF, land reform policies remain the key to their success.

The government denies genocidal intentions although the South African Communist Party remains more open about the intent to drive whites out of the country. According to their report, whites are unwelcome settler colonialists with no role in the future. While several political parties and organizations have called on the government to declare the farm murders a top priority, their pleas are ignored. Former president F.W. De Klerk’s foundation accused the government of deliberately annihilating the white population in the country.

The international group from America continues to seek a solution to stop the white genocide in South Africa. All victims and racially intended harm is being recorded to statistically iron out the escalation of hate speech crime.