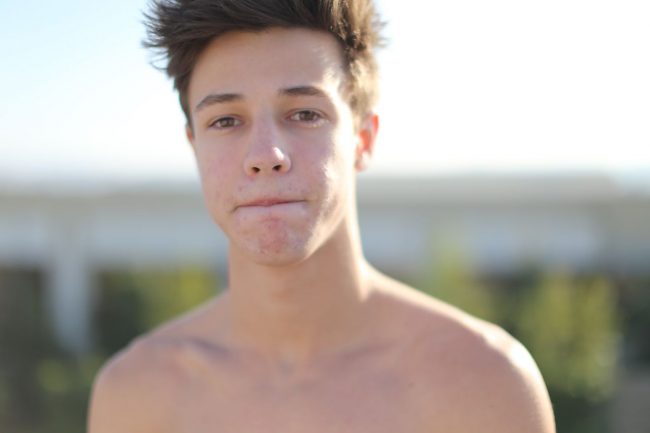 There is a 19-year-old young man, Cameron Dallas  from New York that has turned himself into a Vine Phenomenon. Upon first glance there is really nothing extraordinary about his posts. He is certainly handsome and has six-pack abs, so how did this unassuming young man find himself in the middle of worldwide acclaim? It seems most of his popularity has come from Vine with over 755,000 followers. He is also a big hitter on Twitter, with 200,000 fans. People from as far away as Germany hit his Twitter account, and thousands of girls are begging him to follow them. Just check out #camerondallas, and the feed reads like he is the next One Direction, and maybe he is the local version of a famous boy band. Many of his fans watch his posts to see if he will say where he will be  at any given time. At one time last year, Columbus Circle was swarming with screaming crying girls trying to get a glimpse of the social media prince himself. 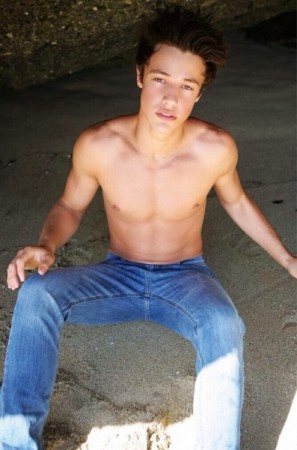 Cameron Dallas may be a phenomenon of Vine video’s, with hundreds of thousands of fans, but he looks like the boy next door. From all accounts he is personable, and normal, and very open to talking to his followers. He is so popular that he set up a question and answer blog with his fans, and he is asked everything from “Do you have a girlfriend?” to “Are you gay?,” and answers them all without missing a beat. Many just post to proclaim their undying love for him, and Twitter is flooded today with fans begging him to follow them. Apparently being followed by someone as famous as Dallas is quite the status symbol in the social media world. It is not only girls that find this guy inspirational, there are hundreds of tweets from his male fans too.

With hundreds of girls literally begging Dallas to follow them, how does this young man deal with his notoriety? Looking at his feeds and his question and answer blog, he seems to have very strong family ties. One of the questions asks what he would want with him on a desert island, and his Mom ranked high on his list. Born and raised in New York, he has one sister, and is obviously comfortable in his own skin. Undeniably handsome, it is no mystery why the ladies are drawn to him and his boyish grin. He also seems to have mastered the ‘selfie’ however the picture posted here, (see right) is said to be self taken, however that does not seem possible, and definitely not in the traditional sense of the word. I guess a tripod and a timer can constitute a “selfie.”

With a face and body like that, at just 19 years of age, this young man has quite a following and it does not look like it will slow down in the near future. In this day and age of computers and social media, you don’t need to have major skills, you just have to be yourself and look good doing it. Cameron Dallas has certainly found his niche on Vine and has become a phenomenon to watch.