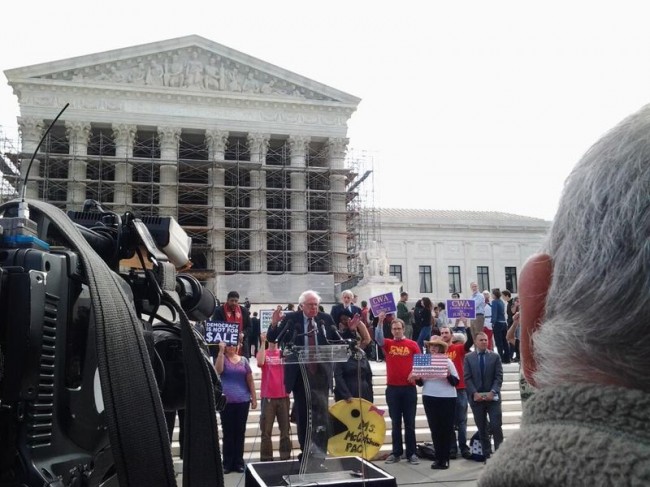 The Supreme Court of the United States has ruled that certain limits on federal campaign contributions should be eliminated. It is feared that money will play an even more influential role in American politics because of this ruling.

This recent Supreme Court decision of the court is regarded as a continuation of the Citizens United case. In the United case, the court decided that corporations and unions would no longer have limits when giving to independent campaigns. The majority made the legal argument that corporations and unions are people. Giving money to campaigns is part of a person’s first amendment. Since corporations are people, they should be able to give as much as they want to. Limiting their campaign donations would be the same as limiting their first amendment rights, and no US government entity can do that.  Corporations will just be able to give as much as they want.

The McCutcheon decision continues the legal argument that any limits or caps on campaign giving are a form of curtailing a person’s first amendment rights. As long as money is considered a form of expression, it will be difficult to put limits on it. Opponents of this decision will have to make new arguments or law to fight this decision.

The opposing sides in the Supreme Court decisions have strong opinions. Chief Justice John G. Robers, Junior wrote for the majority and thinks that people have the basic right to participate in having leaders elected. Justice Stephen G. Breyer, representing the minority, that the McCutcheon decision will open a floodgate that had started with the Citizens United ruling.

The last few decisions have been slowly chipping away at the decision made by the Supreme Court in 1976. The decision was Buckley vs. Valeo and it was also about campaign finance. The decision did say that money was an expression of First Amendment rights. This decision went on to point out that campaign contributions can be capped or limited because they could become a form of corruption. Contribution limits were quite modest and should not be thought to violate the First Amendment.

Since Chief Justice Roberts has become chief, he has led the charge to get rid of campaign limits in the last six decisions concerning campaign reform. All five conservative members of the court have voted against campaign limits. The difference is how fast they want to do away with them. Chief Roberts and Justice Samuel Alitom o are the ones who want slow, incremental approach to do away with limits on campaign finance. Justices Antonio, Clarence Thomas and Anthony Kennedy want a faster way to get rid of campaign finance limits.

The Supreme Court’s decision is another step on the way to get rid of limits on campaign financing and if people don’t this Supreme Court decision, they should do something about it.