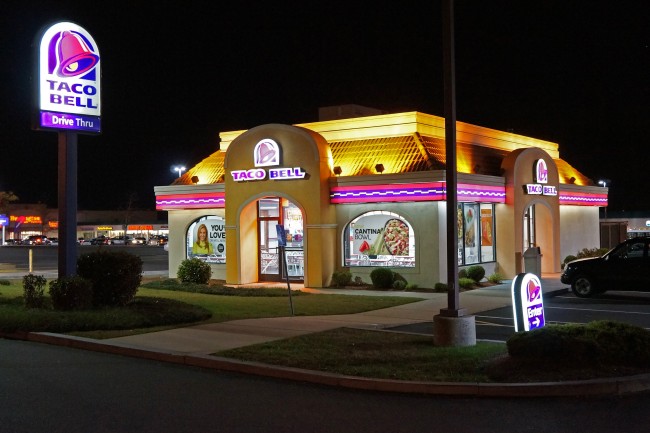 Last night, Taco Bell let the world know that they are pretty cool, not only because they come up with mass-friendly, funny and creative advertisements that take a dig at McDonalds, but also because their social media staff knows how to get the firm’s hashtag on Twitter to become a worldwide trend. On April 7, Taco Bell – or rather some social media employee of theirs – tweeted two words on Twitter: “Taco Bae,” which got retweeted more than 29,510 times in an instant, got 22,478 likes and was among the hashtags that was trending worldwide.

For the people who do not know what “bae” means, it is basically a ghetto slang word. It is a word used by ghetto people to address their significant other because… well, they are too lazy to pronounce the entire word “babe.” However, as is with a lot of slang, once it got converted to text language, it got a new formation. “Bae” became the text abbreviation for “before anyone else” to signify the most important thing or person in one’s life.

So the tweet means “Taco before anyone else.” Get it? Whoever, tweeted “Taco Bae” was very creative to say the least. Not only did he or she catch the interest of Twitter users by the use of this slang word, but also played well with the words of firm’s name itself: Taco Bell.

They also got a whole bunch of new potential customers with this one single tweet as many Twitter users took up to not only retweeting, they also posted their own comments with the hashtag @TacoBell. Many of the users expressed amusement and said that Taco Bell would be their new favorite fast food chain now.

Seth David Johnson tweeted: “Taco Bell after this tweet you are the best organization…” Twitter user, Andy said: “I know this is locos [Spanish slang for crazy] but u will be my bae.” Twitter user and (evident) fan of the fast food chain, Princess Taco Belle tweeted “I love you” as did many others. Andy Rigo said, “Like OMG, Taco Bell completely bolsters my shallow, insipid, pop culture obsessed life by using trendy text slang!”

Many others applauded the person behind the tweet. Twitter user, Clarissa said, “I’m in love with whoever runs this account.” Another user, Erin tweeted: “Yooooo whoever mans the @TacoBell twitter is a genius. They got “Taco Bae” trending.” Rianna was more vocal when she tweeted: “I’m crying laughing. Taco Bae is trending. HAHAHHA. I do love the person/people who run @TacoBell account. *applause*”

However, not everyone was amused with the tweet. Jev Agee tweeted: “Taco Bae is trending. Please excuse me while I lose faith in humanity.” Another Twitter user, Trishy said, “Go home, you’re drunk.”

Many users took to the social media and comments sections of blog posts to also say that this tweet showed the target market Taco Bell is catering to, most likely referring to the youth, who are frequent users of text acronyms. One commenter said: “Well… they know their audience, I guess.” Another said this tweet was an attempted to bring in more target market customers. Others tried to be witty, as one commenter on Facebook shared the story on his Wall and wrote, “Corporations ARE people, after all!”

Meanwhile, many were clueless to what the big deal. Facebook user, Janice commented “Have no clue what it means but Taco Bell knows it is intended audience and that would be drunk 20 somethings that crave it after the bars close.” Despite some of the negative comments, Taco Bell’s ‘Taco Bae’ is still going strong on Twitter and it would not come as a surprise if it is learnt that this was, in fact, another marketing gimmick.