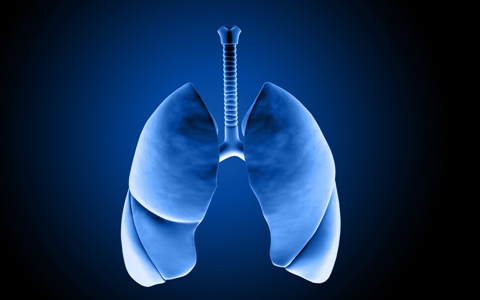 Two new studies released independently this week have shed new information about the treatment of asthma. In one, a study found that vitamins that were thought to be associated with symptoms of the disease do not seem to be particularly effective. In another paper, it was discovered that a novel treatment using antibodies prevents specific proteins from causing inflammation in the lungs. Together, these new asthma studies may question one adjunct therapy, but potentially offer hope of another. However, that new treatment, which could replace traditional therapies for the disease, is likely to be years in the making.

Asthma is a chronic condition in which there are recurring episodes of a tightening of the chest, shortness of breath, wheezing, and coughing. Occasionally, there is a production of sputum in the lungs as well, although it rarely is coughed up. Traditional management of asthma is accomplished with the use of bronchodilators and corticosteroids. The bronchodilators act in the lungs to open up the bronchioles, allowing the lungs to take in more oxygen and are used during acute attacks. Corticosteroids, on the other hand, are more chronic treatments that strengthen the lungs by reducing the activity of the immune system there and leading to decreased inflammation.

There is no known cause of asthma, but both genetic and environmental factors are known to be involved. Allergens are particularly problematic for sufferers of this disease, as allergic reactions can induce immune system activity and lead to inflammation of the lungs. Another suggestion has been that Vitamin D was decreased in a large number of patients who suffered from the disease. The two current asthma studies found a potential new treatment acting on the immune system, but question the effectiveness of another finding surrounding Vitamin D.

The first paper was published in the Journal of the American Medical Association and followed around 400 patients who were receiving vitamin D3 as an adjunct therapy to traditional treatments, particularly corticosteroids. Given that previous studies had found that decreased vitamin D levels were associated with exacerbations of the airway obstructions, the theory was that Vitamin D supplementation of chronic corticosteroid therapy might reduce the severity of asthma. Unfortunately, the researchers did not see any difference in the severity of symptoms in those given Vitamin D over a placebo. However, they did find small, but significant, decreases in the amount of corticosteroid required for treatment in the Vitamin D group, which suggests that physicians may still wish to consider this relatively inexpensive adjunct for their patients.

The second paper examined a new treatment altogether. In this study, 31 patients with mild, stable asthma were tested in this phase II, proof-of-concept clinical trial that was conducted across Canada. Patients were taken off of their traditional treatments, and after one month of a drug-washout period, were given their first dose of intravenous antibody treatment. Over the span of eight weeks, the patients were given two more treatments, one every four weeks, and were occasionally “challenged” with exposure to allergens. Doctors then measured markers of activity in the lungs at varying points. They found that this antibody, which inhibits a protein in the body that accumulates in the lungs of asthmatics and increases immune system activity, had significant effects in decreasing the constriction and inflammation of the lungs compared to a placebo. Given the small size of this study, however, more substantial clinical trials will be needed to ensure the results are seen with larger populations.

Despite the result of the first paper, both of these studies are good news for people suffering from asthma. While Vitamin D3 may not help symptoms per se, it may reduce the amount of drugs required for treatment. The possibility of a new therapy that only needs to be taken once and can eliminate corticosteroid treatment is also promising news, though even if it is found to be a genuine treatment for the disease, it is still years away from being available for prescription. Overall, though, with these two new studies, sufferers of asthma find themselves with a potential new treatment, even if they have to question the useful of another.

By Bryan A. Jones