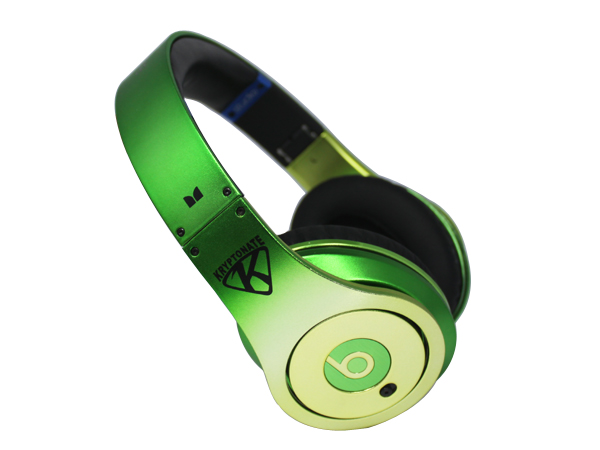 Many are questioning what fruit company Apple feels that Beats is bringing to the dinner table.  It could be swagger. Dr. Dre’s celebrity status, his development of  Beats headphones and streaming music, and Dr. Dre’s business style and  coolness himself all bring swagger. For Apple, it gives them market access that they otherwise would not have. Negotiations are still on the table and expected to finalize next week.

Market access is huge. It was in 2008 that Dr. Dre Studio rolled out their headphone products so that everyone else could actually hear what the performers hear. The product was manufactured under an exclusive contract with Monster Cable. At the time Dr. Dre took his audience and created value by marketing to them as a branding project. It worked. This path led to production of portable blue tooth speakers and noise cancellation devices, both of which had different levels of success. All in all, Beats has lacked Apple’s innovation.

Apple on the other hand, has always been a leader in innovation. Over the past decade, it became idealized in digital music. Apple resisted the idea of streaming music, but now recognizes that the market is absolutely driven in that direction. Data from the music industry indicates that downloads are floating downstream, as are the sale of  iPods. However, streaming revenues has tripled since 2010. So maybe Beats’ will bring the swagger back into the music side of Apple.

Advanced talks between Apple and Beats’ could be a huge win for both parties. Beats’ Music is the streaming division, and the app allows subscribers to stream as many as 20 million tracks. Amazing as that sounds, Beats’ is still in the infancy stage, being only five months old, and its current availability is limited to the US. Of course, Apple is not just looking at the streaming option; the audio-equipment business is the source of most of Beats revenue. Naturally, Apple would likely improve on Beats’ headphone sound.

Facts are facts: the standard means by which people now access music is through streaming. Apple needs Beats and Beats needs Apple. It appears to be equally complimentary. Let us not forget Jimmy Iovine, who is also very instrumental in this music mix. He and Dr. Dre are both record label owners as well as music producers. Should the deal be sealed between Apple and Beats, both men would be given senior positions at Apple. This would place Iovine and Dr. Dre in an advisory positions to offer suggestions that would improve options related to music and headphones.

Iovine also brings a special connection to Apple, in that he had been good friends with Apple’s late co-founder Steve Jobs. That means a relational comfort level has already established between the executives at Apple and Beats. Iovine is the common denominator, so to speak. Peter Csathy, CEO of Manatt Digital Media Ventures, affirms that this pre-established relationship with the executives between the two companies is very important.

Interestingly, once negotiations between Apple and Beats’ hit the news, Beats’ was slapped with a lawsuit from David Hyman. Hyman founded Mog, which was a subscription music service that was acquired by Beats for nearly $14 million in 2012. Courthouse News was the first to report on this $20 million filing, which took place at the Los Angeles Superior Courthouse, Wednesday, May 14, 2014. Mr. Hyman was allowed to remain as chief executive and is claiming that he was ousted unfairly from the company before his shares of stock could invest. During the time Hyman was employed by Beats, he was to receive 2.5 percent of the equity interests which were scheduled to vest after one year. The issue was that Hymen was fired before that one year anniversary. According to the filing, Hyman had authority to fire employees, but ran into trouble  after his dismissal of a marketing executive was not considered to be a good decision by his superiors.