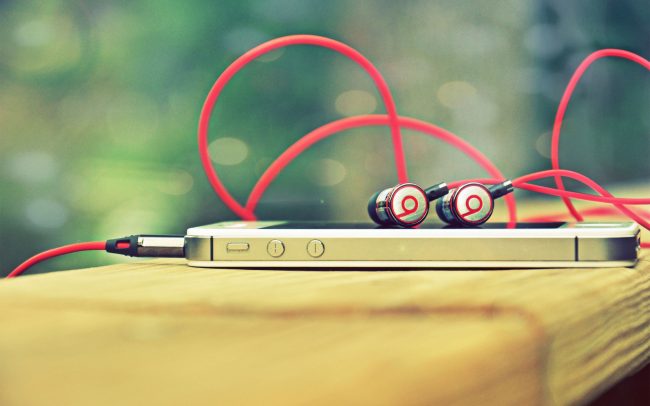 Apple may be close to purchasing the company behind Beats by Dre from co-founders Dr. Dre and music producer Jimmy Iovine. The Financial Times is reporting that Apple is near to finalizing the purchase of Beats Electronics for $3.2 billion. That would make the acquisition the largest ever for the Cupertino, California company.

With the acquisition of Beats Electronics, Apple would see a huge opportunity throughout the company. Adding Beats audio to their MacBook computers and the iPad, incorporating Beats by Dre headphones with iPhones, iPods, and future products could be a huge improvement over the companies current audio offerings.

The acquisition by Apple would answer the prayers of many of their loyal customers. The headphones that Apple currently includes with their iPods and iPhones have never been the best. Many consumers would immediately replace the included Apple ear buds with offerings from other companies, including Beats Audio. Adding Beats by Apple headphones to iPhones and iPods would please Apple audiophiles greatly.

Incorporating Beats Electronics into Apple may also bring more consumers to iTunes. The potential for integrating Beats Music with Apple’s existing digital music service could give the company an even larger hold on the market. Beats Music as a fee based service Dr. Dre marketed to go up against the popular Spotify music service.

Beats by Apple would be the obvious moniker if the sale goes through. Dr. Dre and Iovine founded the company in 2008 and their headphones took the music world by storm. Celebrities and professional athletes were starting to sport the headphones almost immediately. Both the in-ear and over the ear headsets were in high demand from the start. Beats by Dre set the bar high in the headphone market and has been at the top ever since they hit stores.

Dr. Dre started out as a rap artist and was a member of N.W.A., one of the most popular and influential rap groups of the 1980s and early 1990s. Dre then went solo and moved into producing. As a producer Dre has worked with many top rap stars. After founding Beats Electronics, cell phone maker HTC teamed up with Dre and offered Beats Audio with the companies Smartphones. HTC owned 51% of the company until they sold 25% back in 2012.

While the acquisition of Beats Electronics would be a big move for Apple, it would not be the only transaction the Mac maker has made recently. Apple CEO Tim Cook has made around two dozen acquisitions over the last 18 months. Normally, Apple will purchase a company and bring the technology or software in-house. Apple has also been working with Nike and their Fuelband technology for a potential iWatch expected soon. If this sale goes through, maybe we will see the iWatch sporting Beats Audio.

The opportunities are endless for Beats by Apple. Beats already offers audio products to car manufacturers. Fiat has included high-end Beats Audio equipment into their popular 500 hatchback. Audio playback through Beats electronics and speakers are a big step up from standard automotive audio. Apple’s iPhone assistant Siri has also started moving into select new cars through CarPlay. Maybe this will open the door for Apple to jump into the automotive industry with the iCar.

One Response to "Beats by Apple"