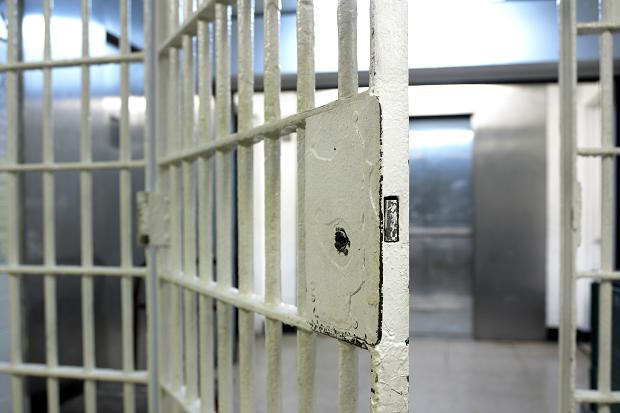 In a cramped hearing room, the committee heard testimonies for and against three bills, trying to determine the appropriate amount of time before those inmates affected will be granted parole eligibility. The current 15 year minimum sentence is supported by some, but others believe it should be longer.

Senator Minority Leader Bruce Tarr presented before the committee bill S.2008, which calls for a mandatory sentence of 35 years before an inmate  is offered a chance at parole. “Our statue has been invalidated,” said Tarr. “In the wake of that invalidation, it is our duty to act in some way.”

Tarr was speaking on behalf of his bill but also for the families of the victims who were murdered by the inmates in question. The Supreme Judiciary Court ruling last December was retroactive, meaning that inmates convicted of first-degree murder as juveniles may now be eligible for parole.

“We were promised his life in prison. That promise has been broken,” said Sean Aylward, whose sister Beth was beaten to death with a bat by Richard Baldwin in 1992.

Baldwin has since served 20 years of his life sentence and is potentially eligible for parole. The retroactive nature of the ruling means approximately 63 cases of juvenile first-degree murder are up for discussion. When Chairmen William Brownsberger called the hearing to order, District Attorney Jonathan Blodgett came in support of Tarr’s bill.

Blodgett said he “respectfully [asked]…for some measure of justice.” He argued that the criteria which must be met for a first-degree murder conviction, premeditated malice, is not taken lightly by the courts.

“These were not impulses, not street fights,” said Blodgett, who supports a life sentence for first-degree murder, no matter the age of the perpetrator. He added that most families want to see their victims’ murderers behind bars forever, but supported Tarr’s bill, as it offered “some sense of relief.”

In response, a committee member challenged Blodgett on scientific research supporting the notion that the human brain is not fully developed until age 25. Blodgett answered saying “when an argument is based only on science, that’s a slippery slope.”

In addition to the support of Sen. Tarr’s bill, Boston lawmakers also heard arguments discussing its potential weaknesses and missteps.

In full disagreement was former Juvenile Court Justice Martha Grace, who came to challenge bill S.2008. “We can’t just ignore that,” she said. Arguing along the side of science, Grace said we must “give people incarcerated a chance for rehabilitation.”

Committee member and Representative Shelia Harrington (R) struggled with Grace’s argument saying, “I’m not sure I can balance 15 years against the pain of these families.”

Also dissenting from S.2008 was Robert Gittens, a former prosecutor, parole board member and commissioner for the Department of Youth Services. “A sentence that allows eligibility after 15 years is appropriate,” he said.

Gittens’ testimony brought up issues of responsibility in the criminal justice system. He argued that the committee should retain the 15 year minimum, rather than extend it to 35.

Rep. Harrington asked him “how is 15 different from 35?” Gittens responded saying that the possibility of a support network of friends and family will be much higher the sooner parole is granted.

“You have to look at the effect of the community,” answered Harrington. Gittens argued back that this responsibility should be held by the parole board, giving individual cases the chance for rehabilitation.

Since the appeals process can review down a first-degree murder charge to second-degree, Markey argued that potentially unfair sentences could be filtered there. Gittens responded saying that the “Supreme Court reviews only for fairness of trial and law, but does not offer rehabilitation.”

Though the hearing was centrally focused on bill S.2008, other bills were presented to the committee as well. Senator Karen Spilka (D) came to offer bill S.797, which suggested a minimum sentence between 10 and 20 years depending on the particular details of each case. Spilka said though she supported a shorter minimum, those looking for parole would still “face a very high hurdle” as they must admit to guilt, show maturity and prove rehabilitation.

Representative John Keenan (D) came in support of bill H.1426, which called upon the committee to determine a minimum amount of years before parole eligibility.

Identifying it as one of the “most pressing issues this season,” Keenan called for “meaningful punishments,” a response to the language in the Supreme Judiciary Court ruling which requested “meaningful opportunity” for parole. The committee has set a deadline of June 30, in order to resolve the discussion of juvenile parole eligibility in Boston.