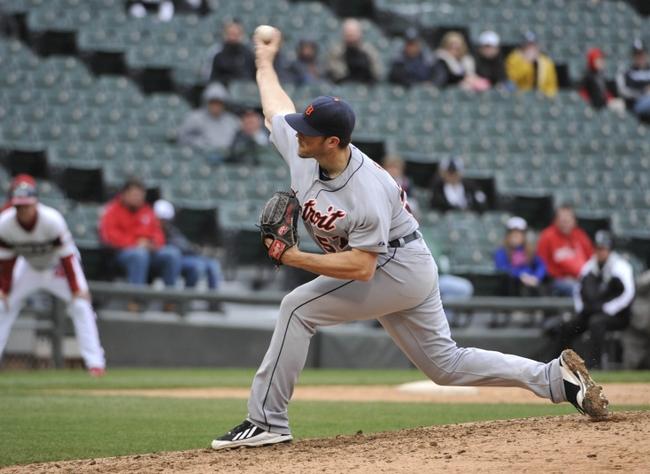 Prosecutors in Wayne County, Michigan, are reviewing evidence submitted to them by police to determine whether enough evidence exists to arrest Detroit Tigers relief pitcher Evan Reed for sexual assault. The warrant stems from an incident that occurred at the Motor City Casino Hotel on March 30, according to a statement released Wednesday morning by the prosecutor’s office. Detroit Police Sgt. Michael Woody confirmed that his investigators had delivered the case to the office of Wayne County Prosecutor Kym Worthy earlier this week in order to undergo a warranty review. Because of the need for thorough investigation of the charges, the decision will not be made this week on whether to charge Reed with assault. Prosecutors also stated that no other information regarding the case will be released until this decision is made. There is no official timeline for prosecutors to follow in this matter.

Although prosecutors do not release the names of suspects who have not been charged, the Detroit Free Press has reported that Evan Reed, relief pitcher for the Detroit Tigers Major League Baseball team is the subject of the investigation and that he cooperated during a meeting with police in April.

A statement today by Ben Gonek and former Oakland County Prosecutor David Gorcyca, the attorneys hired by Reed, confirmed that Reed has given full cooperation to police from the beginning of the case and that he had also given a voluntary statement regarding the events.

In addition, Gonek and Gorcyca reveal that they have also provided the Detroit Police with a test result and witness statements regarding the woman’s behavior both before and after the incident. They state that after the prosecutors review this information, they are certain the matter will be closed without a charge being filed.

According to the Detroit Free Press in an earlier report, a woman met Reed at the Fifth Avenue bar in Royal Oak on March 29 after he approached her at the bar where she waited for friends. She remembers meeting a man who introduced himself as “Evan,” and dancing and drinking with him. She told police that she thinks that she was drugged, as she then blacked out with no memory of what happened until she came to, either late that night or early in the morning of March 30, in the hotel.  When waking, she and the man were naked and evidence on the sheets suggested to her that she had been assaulted.  When she went to take a shower, the man forcefully sexually assaulted her and then ordered her to leave. At that time, she was not aware of the man’s identity.

The woman, 45, was given a rape kit exam at the hospital on March 30 before going to the police to report the alleged incident the same day. Police investigators were able to retrieve video from the casino that shows the woman and Reed together.

The general manager of the Tigers, Dave Dombrowski, declined to comment on the news released today, as did Reed, 28. Reed is currently with the team in Cleveland to play an afternoon game against the Indians.