Dinosaurs Have Survived Until the Present Day 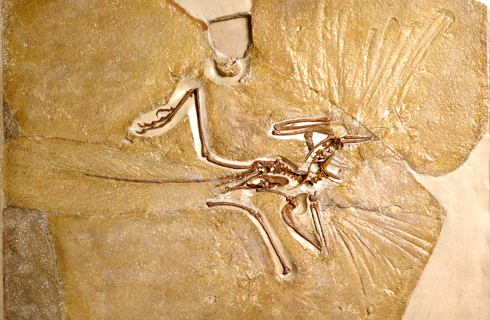 Despite the fact that many dinosaur species went extinct approximately 65 million years ago, a recent study has posited that up to 10,000 species of dinosaurs have survived until the present day in the form of birds. This study was the result of collaboration between Oxford University and the Royal Ontario Museum, and was undertaken by estimating the weight of dinosaurs based on the thickness of their leg bones. This ‘weighing’ process was done for 426 dinosaur species, and the results indicate that there was a huge degree of body size evolution among many dinosaurs around 220 million years ago. However, with the exception of certain species such as maniraptorans, these variations in body weight slowed or stopped over time. This continuing adaptability on the part of maniraptorans is believed by the team of researchers to have been an important factor in the evolutionary success enjoyed by these particular dinosaurs.

Maniraptorans share many characteristics with modern-day birds, including factors such as a highly variable diet, and a high brain to body size ratio. The ability of these dinosaurs to continually evolve to meet the ever changing environmental difficulties allowed them to find ecological niches in which they could survive. In fact, this adaptation was so rapid that significant size variations can be found between close relatives in this species. Although this phenomenon would slow as maniraptoran lineages diversified further, it would nonetheless continue for approximately 170 million years, right up until the present day.

David Evans, a palaeontologist at the Royal Ontario Museum, has credited the maniraptorans survival to their “very high level of evolvability,” due to the fact that the ability to change body mass is essential for the prolonged survival of a species. The importance of body mass to a species’ survival is attributable to the fact that body mass is a key factor in determining things such as the required daily food consumption, and daily energy expenditure, of a dinosaur. Dr.Matthew Carrano, a member of the Smithsonian Institution’s National Museum of Natural History, has explained that the iconic size of many dinosaurs was likely the reason for their demise, and that the small size of dinosaurs such as the maniraptoran was what allowed them to survive until the present day.

This high level of ‘evolvability’, although it means that the birds of today bear little resemblance to their ancient precursors, has been held up by certain scientists as a major factor in today’s ecosystem. Dr.Helene Morlon of the Ecole Normale Superieure in Paris, who was responsible for writing the editorial review of the aforementioned study, has said that the study is a step towards understanding why birds have such “extraordinary ecological diversity”, with certain species, such as ostriches, being large and flightless, while others migrate thousands of kilometers every year.

Roger Benson, an Earth Sciences professor at Oxford University who co-authored the study, has suggested that this study may also facilitate the examination of the evolutionary links between maniraptorans and other species like the Triceratops and the Stegosaurus. These species of dinosaurs, although they lived over 65 million years ago in the Mesozoic era, still capture the public’s imagination today, and an investigation into the dinosaur species which have survived until the present day may help shed further light on these astounding creatures.

One Response to "Dinosaurs Have Survived Until the Present Day"