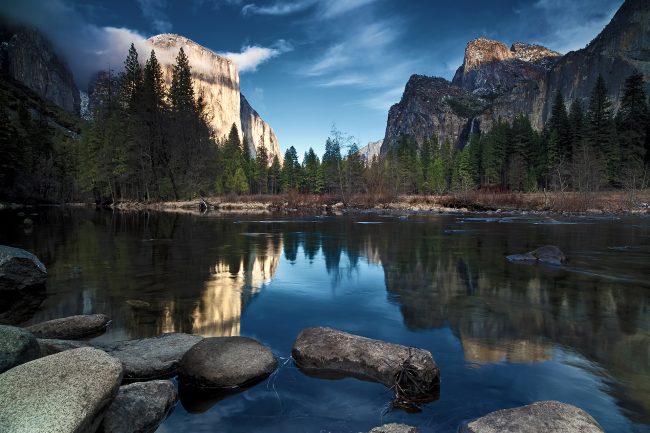 Yosemite National Park announced last Friday, May 2, 2014 that all drones will be banned from now on. With personal flying machines becoming much cheaper, visitors to the park looking to film the area’s unsurpassed natural beauty were easily able to obtain the drones for hobby use. These drones have posed a threat to natural flora and fauna, while becoming too loud and irritating to other visitors wanting to enjoy the park’s peacefulness.

In response to the ensuing trend of drone use at Yosemite and other national parks, Yosemite park’s directors stated in a press release that many visitors have complained about drones videotaping climbers as well as themselves. Even though these drones have been able to catch beautiful  high up footage of the park from above ground, the cons of their presence outweighed the pros according to the National Park Service.

The National Park Service that runs Yosemite released another statement this past week. It explained their reasons for having banned the drones. Having noted previous harmful environmental damage because of the amount of drones flying around the area, the Code of Federal Regulations (CFR) has banned drones for all circumstances, with the only exception of helicopters to transport emergency crews.

Drones have been noisy and irritating to other visitors, and park officials further stated that they have not been not friendly to those wanting to experience the wilderness without technological interference. In turn, this negatively cheapens a visitor’s vacation. Visitors to Yosemite also noted that these small drones also appeared as stark eyesores amid the natural landscape.

The CFR continued to state in its release that use of drones at the national park has previously interfered with emergency rescue procedures, and ultimately confused urgent response team and others involved in emergency situations. These same regulations have also been applied at every other national park under the authority of the National Park Service.

Also, park managers explained that drones also presented a viable threat to surrounding wildlife, especially birds that share the air and make their homes amongst tall trees and rocks. These animals could have been easily hit and hurt by drones. This safety hazard applies to other animals as well, even other humans.

Despite differing comments made by drone owners who use the small planes to shoot promotional and reflective videos, the drones have been banned in Yosemite National Park, regardless. If the National Park Service collected varying backlash, it would be from visitors with little model plane drones to fly. However, the main intention of the having banned the drones was to focus on maneuvers which involved the dropping off or the fetching of someone or some object. This included all air transportation, especially helicopters.

Leaving many others questioning the rule, some have stated that the terms set out by the CFR and the National Park Service are unclear, and does not literally restrict travelers from using model drones to obtain video footage of the park. However, the Yosemite park’s administration disagrees, stating that they had made it crystal clear that use of any such aircraft, even for recreational model purposes, cannot be used in any instance, except for the transportation of humans in emergency situations.

Even though many more people have recently been able to afford drones and use them at Yosemite and other national parks, they will no longer be able to do so. This was in favor of keeping the aura of a tranquil landscape for other deserving visitors who want to enjoy the park. The banned drones by the National Park Service will perhaps encourage other parks and locations to impose similar bans in the future, with the lowest penalty set at a $5,000 fine. However, the National Park Service may face future legal battles due to possible imperfections in their adaptation of the FAA’s “Aircraft and delivery” policy.

One Response to "Drones Banned in Yosemite National Park"