Fans of the Hunger Games movies will soon have the opportunity to touch and otherwise interact with objects from the enormously popular and successful Hunger Games series, including The Hunger Games, Catching Fire and perhaps even from the upcoming release, Mockingjay – Part 1. Until now, fans could only see the remarkable costumes and props from the elaborate sets and locations in the movies via a flat or three-dimension screen. The announcement by Lionsgate, one of the most successful movie studios in film and television that the Hunger Games franchise will be unveiling an interactive exhibit that will tour the United States is sure to garner excitement and enthusiasm. The exhibit will likely be a standing room only affair as the fan base of the films has shown tremendous loyalty and continuing interest in anything related to the franchise.

The tour is set to start in the summer of 2015 and is aptly named “The Hunger Games: The Exhibition.” Lionsgate CEO Jon Feltheimer has described it as a “state of the art traveling museum” and it will feature displays of the props and remarkably detailed costumes worn by the various tributes, to include Katniss Everdeen, Peeta Mellark and Gale Hawthorne. These characters, played respectively by Jennifer Lawrence, Josh Hutcherson and Liam Hemsworth are both nationally and globally beloved by fans. 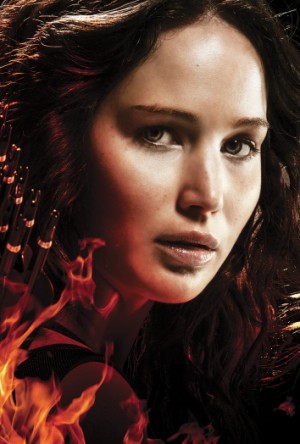 The exhibit will also feature artifacts from the many, intricately orchestrated locations and sets in the movies including some from the Districts of Panem and from the Capitol. No doubt fans of Primrose, Cinna, Finnick, Haymitch and even the smaller yet no less admired characters will find their personal favorites represented in the exhibition. Lionsgate is well aware that the audience for the films has developed strong loyalties to even the least of the “good guys” in the trilogy. It is likely that the exhibit will include something related to the tribute Rue, who, as played by Amanda Stenberg, served to break the hearts of many in her last scene with Katniss in The Hunger Games.

The Hunger Games exhibition tour is only part of a greater push to keep the franchise in play and continue to bring in revenue. Lionsgate collaborated with theme park creator Thinkwell Group to bring the 2015 exhibition tour to fans and there has been discussion about a possible theme park attraction as well. In an interview in the fall of 2013, Feltheimer said that he had been approached about the potential for a Hunger Games theme park and that this was an indication of the “cultural impact” of the franchise. Lionsgate chief marketing officer Tim Palen expands upon this potential saying that the company has built a “critical mass of intellectual property.” Having done so, Lionsgate is committed to creating opportunities for the “fans to engage” while at the same time generating “significant incremental financial benefits” for Lionsgate.

The first two movies in the series grossed more than $1.5 billion worldwide and the exhibit is expected to bring in substantial revenue as well. However, Hunger Games fans are likely not concerned about whether or not Lionsgate is motivated by money, a willingness to continue to feed their seemingly insatiable demand for all things Hunger Games or both. What the fans want is more, and more and more Katniss Everdeen. With the November 21, 2014 release of Mockingjay – Part 1, the 2015 United States “The Hunger Games: The Exhibition” tour and then the final installment to the series, Mockingjay – Part 2, fans will have their appetite satiated, at least for a while. After that, if Lionsgate makes good on the current speculation, there may indeed be a Hunger Games theme park to keep the franchise alive.