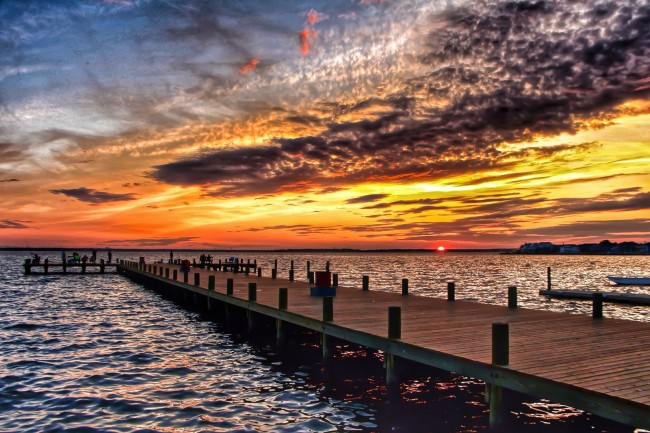 Residents along the Jersey Shore are in controversial opposition to scientists who want to begin seismic blasting in early June. Those living in the area are not willing to take the risk on something that could produce negative results in the area. The study is purely scientific and warrants no apparent urgent priority. Numerous requests have been extended to President Obama and his administration to stop this study from moving forward, but he, to this point has turned a deaf ear.

The enthusiasts who are pushing for this study to move forward are a group of scientists, led by a geologist at Rutgers University, who say that to study sea-level rise would be world-class at Jersey Shore. Researchers insist that there is no other place in the world that offers a comparable coastline for scientists to dig into earth’s past and future, especially just offshore.

Those in contention with this idea are concerned what the effects will be for fishermen who make their livelihood in the area and how it will affect tourism. Other concerns include the effects it will have on the environment and on the fish and mammals in the ocean waters just off Jersey Shore. Both commercial and residential fishermen have united with environmentalists for a rally at Point Pleasant Beach to plead their case for postponement. They believe the seismic blasting is going to be of such high energy that it will disrupt mammal and fish populations, perhaps causing them to become confused and migrate out of the area. This could not only harm the fish and mammals, but could also diminish fishing productivity for those who make a living from fishing in this coastline area. Tension would not be running so high in Jersey Shore if the study were to take place in mid-winter, but to schedule it during the period of prime inshore fish abundance raises concerns for a number of reasons; thus, remains the controversy for the seismic blast.

The premise for this study off the Jersey Shore is to access deep-sea sediment in reference to climate change. The goal is to bombard a swath of the seabed with sound waves off Long Beach Island. These scientists will board a research vessel, the Marcus G. Langseth, which was specialized by the National Science Foundation. They expect to spend a month on this vessel to unlock secrets of the past and to gain clues to the future. The vessel will be crisscrossing an area that will begin 15 miles southeast of  Barnegat Inlet, and will cover a rectangular area seven by 31 miles.

Geologists are referring to this as a crystal ball of the past, owing to the Jersey Shoreline having rose and fallen throughout time. The shoreline was once 50 miles inland is now 75 miles seaward from where it is today. Exploring the seabed through seismic imaging, which is similar to a medical sonogram, will enable researchers to see where huge rivers once flowed, and give them the ability to see sandbars, lagoons, deep channels, beaches and bays. The Lamont-Doherty Earth Observatory, along with Columbia University will operate the ship. They state that seismic and acoustic research has done more to contribute to the revelation of the potential for natural hazards and understanding the Earth’s physical history than the combination of all other scientific technology combined.

These seismic blasts are all about imparting bursts of sound that produce a pulse that penetrates the water and seabed beneath it. The seismic data is 3D and expected to reveal environment and age in that area. For the environmentalists who are concerned about the effects that this will have on the mammals and fish, there will be five marine mammal experts on board the vessel who will have the authority to observe and enforce strict protocol and shut down the mission if necessary.

Arguments seem valid for both sides; however, the question stands as to whether it is necessary to disrupt the livelihood of fishermen and tourism when the study could just as easily be conducted during mid-winter. It has been noted that the Recreational Fishing Alliance has said that only President Obama, along with Sally Jewell, the Secretary of Interior, can postpone this research. There has been zero response.  The Department of Environmental Protection, Governor Chris Christie, many members of the Congressional delegation of New Jersey, along with a petition from Clean Ocean Action as well as numerous communications from voters, have pleaded with the Obama administration for postponement so as not to have a negative result during prime season.