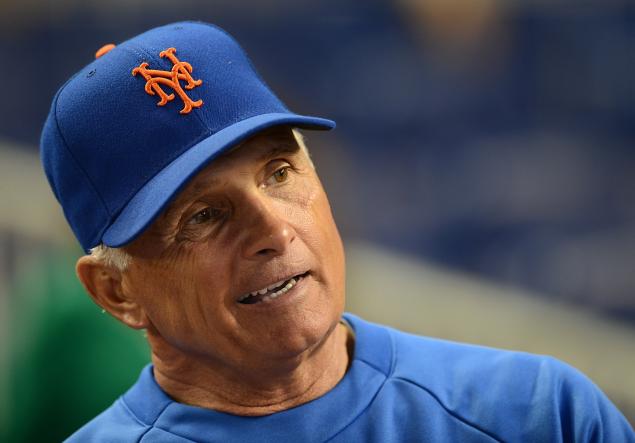 Having to work with a flawed roster is not the fault of a manager. The team that Terry Collins has to work with as the manager of the New York Mets is full of holes, and for that he should be given some leeway. To top it off, the team is dealing with a plethora of injuries up and down the lineup and rotation. Collins should not be blamed for the fact that the Mets are sitting in last place. However, what he does need to answer to is the fact that he is not, in any way, maximizing the talent he does have on the team, and the Mets should be considering whether or not Collins needs to be replaced.

The current public discussion about Collins competence as a manager stems from the way he has handled young centerfielder Juan Lagares in the past  several weeks. Lagares was benched for four of five games between May 12 and May 16, and Collins explanation for not starting Lagares was as perplexing as the benching itself. The Mets’ manager noted that he had only sat Lagares for two games, when it was actually four, and that he had done it due to a slump Lagares was enduring, even though Lagares had three hits and three walks in the three games prior to being sat. The entire situation was confusing and troubling, even leading to a Twitter campaign titled #FreeLagares. There is always the possibility that Collins sat Lagares for reasons unknown to the public, but he should have expected the backlash for sitting one of the Mets top three hitters, as well as their best defensive player, on the reasoning that it would help the team.

What is especially agitating for those following the team is that Eric Young Jr. has not only managed to elude the bench, but has exposed one of Collins’ biggest flaws. Young is a major league player because he has one very outstanding skill: he steals bases. However, he is an awful hitter, which both limits his total value and reduces the opportunities he has to steal bases. Collins has stuck with Young while benching Lagares, not only as an every day player, but as the regular leadoff hitter. In fact, Young has the third most plate appearances on the team, not a good thing when the player is hitting .221 and does not hit for power. Collins has shown a propensity for ignoring his younger players and sidetracking their development.

The Mets do have an outside shot at the playoffs, because they have some talent and there is now a second wild card to chase. With the position they are in, though, they should be prioritizing the development of guys like Lagares, Wilmer Flores, and their young pitchers, rather than hindering it. Flores, for example, was called up two weeks ago. He spent a full week without getting any game action, and has seen only 17 plate appearances since his promotion. If Collins is going to refuse to play younger guys, they should not be on the roster. If General Manager Sandy Alderson wants them on the roster, he needs to have a manager who will utilize and help their young players.

Collins continues to run out players he trusts, and he seems to see something in them that no one else does. The Mets had been playing Flores at shortstop in the minors in the hops of having him take playing time from Ruben Tejeda, who is outright one of the worst hitters in all of baseball. Collins is costing his young players audition and practice time, as well as putting worse talent on the field because of familiarity and comfort. It is an inexcusable mistake as a manager, and not only is Collins not letting the Mets play to their potential, he is actively hurting the team. Whether the Mets plan is to attempt to contend now, or to cultivate their future, they need to move on to someone who can handle their roster with more care.

One Response to "New York Mets Should Move on From Terry Collins: Metropolitan Avenue"