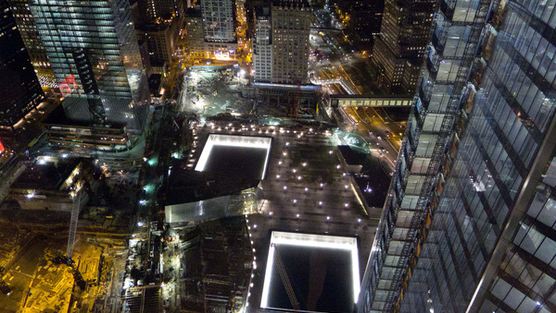 1,115 victims of the 9/11 attack on the World Trade Center in 2001 have still not been successfully identified. In a laboratory in Manhattan, 7,930 plastic bags that have been vacuum-sealed wait to be ceremoniously moved to a new Memorial Museum. 70 feet underground, the bags will be stored in a repository of bedrock. The museum officially opens on May 21.

Only forensic scientists and families of the deceased will be granted access to the remains. However, some family members are not happy with the move. The fear is that the area is prone to flooding, which would just add further suffering to an already tragic circumstance. There is also concern about placing them in what is essentially a basement, which feels like it is a disrespectful insult to all the victims of 9/11.

Since over 40 percent of those reported missing that day are still unidentified, the small forensics team works tirelessly to bring closure to families, even nearly 13 years later. Using personal items given to them by family members, the four-person team attempts to match DNA to the thousands of pieces of bone fragments and remains.

With over 1,000 still unidentified 9/11 victims, some family members have concerns as to where their bodies could have gone. Many believe that a demolition of the buildings is the only way to account for the fact that so many victims seem to have disappeared. Much of what was not metal seems to have been reduced to a homogenous dust.

The gruesomeness of the task cannot be understated. Of the nearly 2,800 victims, only 300 whole bodies were found. One of the victims was found in 200 pieces. 10,000 unidentified pieces were frozen when the investigation halted in 2005. Since 2006, even more human remains have been located in and around Ground Zero. As recent as June 2010, even more have been found.

Thankfully, the technology used has advanced tremendously since the tragic event. As these advancements occur, the team has been able to go back and re-test the fragments. Last year, four more victims were successfully identified. As of December, the latest and best technology had been applied to each remaining piece of bone. It is now just a matter of waiting for the next advancement.

Though questions regarding how much longer the fiscally strapped team should continue their work, their commitment is unflappable. A choice does not exist. For many this is a personal task. They also understand the horrendous nature of the deaths and feel that the families are owed the efforts. With an annual budget of only $230,000, they are faced with some challenges. However, they do not foresee a time that they will stop, unless and until the last victim is identified. In the end, they feel honored to be doing this work.

The ceremony on Saturday, May 21 will be a solemn one. That day in 2001 forever changed the nation and the world. Though 1,115 victims who died on 9/11 remain unidentified, they will be treated with the respect and dignity they, their families and loved ones deserve. They will all be laid to rest at long last.