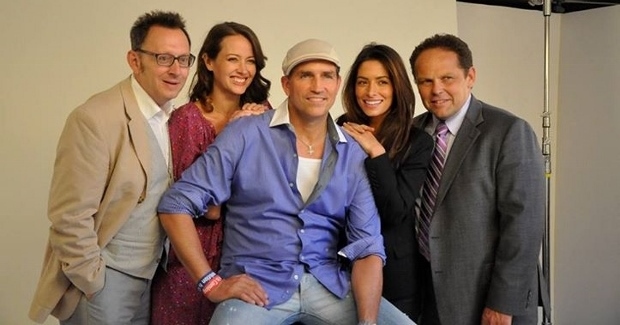 The season finale of Person of Interest was thoroughly exciting and packed up with action and drama. The previous episode ended with Finch being kidnapped by the Vigilance, Reese and Shaw rushing to rescue him and Root finding the Samaritan.

Person of Interest season finale starts with Vigilance putting the U.S. government on a trial. They are broadcasting the trial live, all over the world. They have also abducted a jury and a defense lawyer, because they believe in the law. Greer, Control, Finch and some other people are being questioned about their involvement with the Northern Lights project. During their interrogation, they are presented with a great amount of evidence. Vigilance wants to know who built the Machine and who is thereby the most responsible for the massive violation of the civil liberties. It looks like they have no idea who Finch is, but they have decided to put him on trial anyway.

The first one who gets questioned is Manuel Riviera. Collier shows him hundreds of documents which prove that he knew about the Northern Lights, but Rivera still does not confess. He starts screaming that Collier has no authority, so Collier shots him dead. As the Vigilance leader tries to approach Finch, Control starts talking about the law. She tells Finch that she is protecting her country, but she will not be able to do that if he is dead. It is then her turn for the questioning. She tells Collier that she can neither confirm nor deny any of his statements. It looks like she really does not care if she dies. Nevertheless, she gives Collier some justification of her actions, as she reveals that she was at the Pentagon on 9/11. Control tells him that she has dedicated every day since to make sure that nothing like that will ever happen again. She also tells Collier that he has broken just as many laws as she has, but she never pretended to be a hero.

The fact is that Collier has already gone too far in his moral absolutism and he does not see any validity in Control’s statement. As he is getting ready to kill her, Finch stands up and admits to creating the Machine. He gives a full testimony about the history of the Machine and also tells how it works. He and Collier get into a moral debate and Finch admits that he had his doubts about the Machine from the day that he created it. He was never really sure of whether his actions were right or wrong, but he settled with doing his best. Just as Collier gets ready to kill Finch, the courthouse’s security gets compromised and they have to escape.

During the trial, several scenes from the past were shown. First, the show went back to 2010 when Collier was abducted by the Vigilance. They told him that they know what happened to his brother and they offered him a chance for vengeance under a new identity. Collier accepted what he was offered. Other flashbacks follow Collier through several important points in his life. In 2012, Vigilance is attacking on a small and an easily replaceable scale. And Collier thinks that they need to go bigger by making a statement and an example of the people who are actually responsible. In 2013, Collier receives a message from an angry member who thinks that they should get violent. Collier is against that, but he then reveals that the angry member was in fact a FBI agent and he shoots him.

The rest of the team is trying to locate Finch. Shaw, Reese and Hersh are working together, but Shaw leaves the team in order to help Rot. Hersh and Reese meet up with Fusco, who is trying to manage the chaos, caused by the blackout. After they successfully pull off a trick with one of the Vigilance members, they get the location of the courthouse. Hersh and Reese split up when they arrive to the location. Hersh goes to explore the building and Reese goes looking for Finch and Control. Hersh finds a bomb in the basement. It is set to explode when the power comes back on. He calls Reese, asking for his help, but Reese is having his hands full with Decima. It turns out that the Decima compromised the courthouse security and also managed to capture Collier and Finch.

The season finale of Person of Interest reveals a twist when Greer admits that he has orchestrated the whole thing. The trial was not broadcasted around the world, in fact, it was broadcasting to one office only. Greer tells Finch and Collier that he is behind the Vigilance. He personally recruited Collier and manipulated him from the very beginning. Greer admits that he knew that there would always be arguments against the use of the Samaritan. Because of that, he decided to give the country an act of terror, which would scare them into giving up their freedoms. Reese and Hersh try to stop Decima, but they are too late. As the power goes back on, the bomb explodes and kills Hersh. Greer wants to kill Collier and cement him as a history’s villain. Reese arrives just in time and saves Finch. However, the damage has been done and the Samaritan is finally granted with the government feeds.

Root and Shaw successfully accomplish their task. They make their way to the servers and Root plugs something into them. When the power comes back, this planted program will also turn on. Shaw is convinced that Root plans on stopping the Samaritan, but she finds out that she has a different plan. Since the Samaritan is too powerful to be destroyed, the plan is now to survive. Any chance that they had at stopping the Samaritan from going online, ended, when they let the congressman live. Root’s program creates seven blind spots in Samaritan. Each one of these blind spots corresponds to an identity that she created. This way, Root made sure that they will love long enough to destroy the Samaritan somewhere in the future. They all get to live, but they have to separate. Person of Interest season finale wraps up with all of them going their separate ways while the Samaritan calculates what it will command of the world.