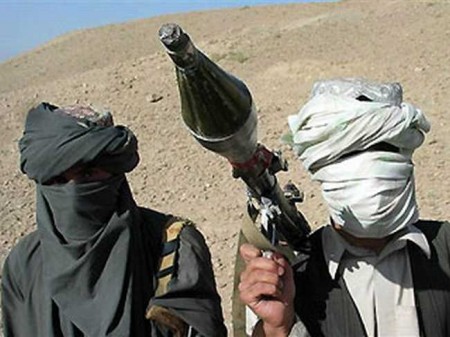 A Taliban leader who had been jailed in Pakistan and released at the request of Afghan officials in a bid for peace negotiations has been named the Taliban’s new military commander. While little is known about Ibrahim Sadar, the man who succeeds Mullah Abdul Qaum Zakir as Taliban’s top military commander, officials say he has close ties with Pakistan’s notoriously double-sided intelligence organization the ISI. Analysts say the appointment of Sadar may signal a reassertion of Pakistani control over the group following the continued pullout of U.S. forces.

Pakistan has been a hotbed for Islamic extremism and a notable point of interest for counter terrorist operations. The country has been a safe haven for much of the Afghan Taliban’s leadership, much of them residing in Pakistan’s “lawless” northwest region which borders Afghanistan. ISI agents have been known to accept bribes for safe passage of the Afghan Taliban, as well as the harboring of known high ranking officials. Osama Bin Laden was found in a safehouse in the town of Abottabad, adjacent to one of Pakistan’s largest military installations.

Sadar’s appointment follows the apparent failure of Zakir to disrupt the Afghan presidential elections on April 5th. The elections resulted in a no-win, with a run-off between former World Bank official Ashraf Ghani and former foreign minister Abdullah Abdullah to be held in June. According to officials June is when the “insurgency traditionally rages at its fiercest.”

A Taliban field commander in the eastern province of Kunar reportedly noted that Zakir’s removal has ushered in a wave of operational changes in the insurgency, and that the released Pakistani prisoner named Taliban military commander Sadar appointment signifies a strengthening of the Taliban’s resolve to reclaim Afghanistan from U.S. and Afghan forces.

Pakistani officials have disputed the claims, saying that they have done nothing but support the Afghan election and peace process. Pakistan’s foreign ministry spokeswoman Tasnim Aslam asserted that Pakistan abides by a policy of “non-interference” and that they have “extended all possible help” to process of Afghan reconciliation.

Observers say Pakistan’s government is at war with itself, with rivaling institutions ranging from the military, to the executive, to the intelligence community all quarreling for power of Pakistan’s influence in the surrounding region. Most visible of this internal struggle is the persecution of former Pakistan ruler Pervez Musharraf for a deadly commando operation at a mosque in 2007. Officials in the Pakistani government claim Musharraf went too far in the war on terror and is personally responsible for the death of more than 100 people in that operation. Some analysts say Musharraf’s tough stance on the Islamic insurgency and close ties with the U.S. have made him a target for the ISI and Pakistani military who have close ties to the Afghan Taliban.

The Taliban launched their “annual spring offensive”, executing multiple deadly attacks, including a rocket attack against the U.S. Bagram Air Field base and Kabul airport.

Afghan officials are worried that Pakistan’s mauevering to control the Afghan Taliban from within could undermine the government’s ability to maintain control over the volatile region. The Taliban had ruled for over a decade following the pullout of the Soviet Union in 1989, and fear a repeat following the pullout of the U.S.. The released Pakistani prisoner turned Afghan Taliban commander is said to have unified the group under a common interest unseen in recent years.