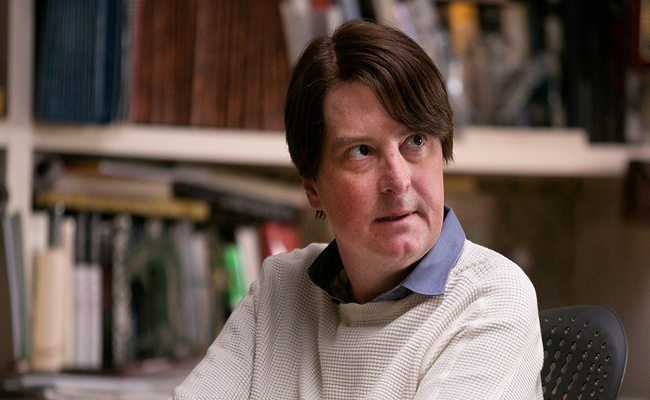 Silicon Valley star, Christopher Evan Welch, passed away early December of last year while in the middle of filming the new HBO show. Welch died of a heart attack during the night at 48-years-old. Cast and critics can agree that the show will never be the same without him.

Christopher Evan Welch was born in Fort Belvoir, VA, in 1965. He graduated from the University of Dallas, and then moved onto the University of Washington for his masters. Welch married Emma Roberts and had one daughter with her. In 2010 he began a long battle with lung cancer. There is no word on whether the disease contributed to his heart attack. He created a strong career both on screen and on stage before passing away in the middle of the night on December 2, 2013. The actor died in Santa Monica while filming Silicon Valley.

Welch was very involved with theatre, starting his stage career in Seattle. He gained recognition for his role as Harold Mitchell in the off-Broadway productions of A Streetcar Named Desire. Welch has built a solid film career out of performing secondary and small roles, but has still stuck out. The very talented actor has proved himself to be very versatile, from his role in Woody Allen’s 2009 film Whatever Works, to his dramatic performance in Lincoln. Welch showed his comedic side in Silicon Valley as the oddball billionaire, Peter Gregory. The character quickly became his most well known TV role. Gregory is a hilarious take on a genius businessman in the heart of California’s industrious Silicon Valley.

Silicon Valley premiered on HBO on April 6th with over 2 millions viewers. The show was the biggest comedy premier the network has seen since Hung in 2009. Silicon Valley is based on a group of programmers trying to develop their business in the competitive world of software. The teams dream comes true when Peter Gregory funds their compression program called Pied Piper. The offbeat investor steals the show with his bizarre approach to things and awkward social interactions. Silicon Valley has multiple elements of humor geared at several audiences, including deadpan and witty humor. Mike Judge created the show based off his own experience working as an engineer in Silicon Valley during the 1980’s. He successfully transformed a high stress and professional environment into a comedic goldmine.

Although Christopher Evan Welch died during filming the fifth episode of Silicon Valley, the show has no plans to recast the dynamic character. Welch’s performance proved to valuable to replace and therefore the script was edited. The future of Pied Piper’s interactions with Gregory will be carried out by his recorded voice, or through other representatives of the company. Instead of writing off or killing off the character, screenwriters let technology take over the role. Welch passed before the show aired and never got to witness the success of his efforts, but he will always be remembered for his outstanding performance as Silicon Valley continues with its first season.