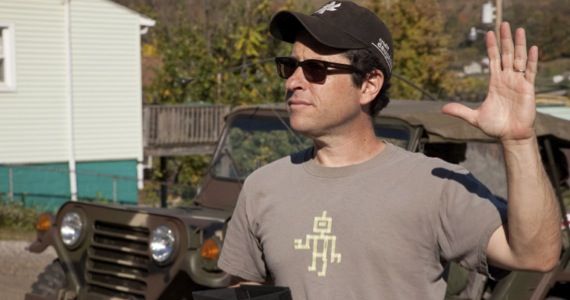 Star Wars Episode VII began filming on Friday in Abu Dhabi. Fans of both Star Wars and the work of J.J. Abrams have good reason to anticipate the films’ release in December of 2015. The acclaimed creator of LOST, and the fresh take on Star Trek, Abrams is a great choice for this beloved epic. His most recent work includes the mysterious ride of S. A fiction novel co-written by Doug Dorst, the story is overlaid with characters who meet in the margins of an old library book as they investigate the cloaked author. The book is filled with papers they pass between each other, and S. has been produced to look like an old library book to draw the reader deeper into the mystery. A dream within a dream, S. explores new ground for literature, and interacting with the imagination through stories and artifacts.

Shamelessly entertaining, while exploring new grounds is a hallmark of Abrams’ creative work, and so he is a great fit for this classic story to be given continued relevance. Episode VII is set 30 years after the events of the Return of the Jedi, and will feature many of the original cast members. This includes, Mark Hamill playing Luke Skywalker, Harrison Ford as Han Solo, Carrie Fisher bringing back Princess Leia, as well as the actors for R2-D2, C3PO, and Chewbacca. Keeping to Abrams’ tendency to present things fresh, new actors are being introduced into the Star Wars legacy, Andy Serkis and Hugo Weaving among them. The anticipation of seeing beloved characters in their old age interacting with a new generation in the realm of Star Wars gives an exciting glow to the time from now until the film’s release.

Keeping to the original spirit, and progressing into a new generation of the fantasy family, Star Wars Episode VII could very well bring the franchise the breath of new life it has needed. Slated to be released December 18, 2015, Abrams approves the later release date than usual for the franchise to give the film the time it needs to be done well. Fans have waited this long, a few extra months is worth the quality that will lay a good foundation for the projected two films to follow. Abrams is rumored to be a perfectionist, and it shows in the quality of the work he produces.

Now that Star Wars Episode VII has begun filming, the release date does not feel that far away. Most of the film’s production will be done at England’s Pinewood Studios, which marks the first film Abrams has made outside of the U.S. Being a huge fan of Star Wars, Abrams was initially intimidated to take on the role of director. He explained he wanted to be in the theater being taken away by the story like any other fan. When intimately involved in the production of  a story it can lose some of the mystery. But in the end, most of the top-shelf directors felt the same, and the question of who was most qualified to do the legacy honor made him the most reasonable choice. Abrams is also the co-writer of Episode VII, along with Lawrence Kasdan, who wrote the screenplay for The Empire Strikes Back. It is appropriate that the makeup of the production team would match that of the cast and story; a mix of the old and the new to keep alive a fantastic epic.

Abrams is a pro at keeping his productions secret, and so the story-line will most likely be revealed by the trailer. The fans for now must be content that filming has begun for Star Wars Episode VII. For all those who love the enduring power of a good story, it is encouraging that so many talented writers, actors, directors, and all the other complimentary roles that make up such quality films are working right now to bring greatness to people.