Sunscreen Taken Internally May Be Effective 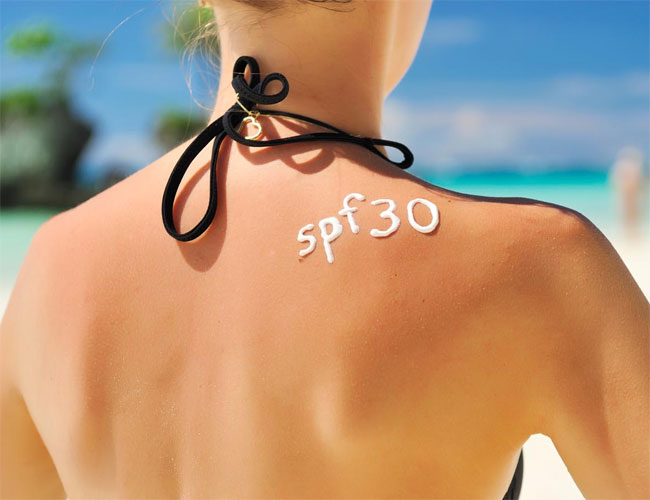 Sunscreen taken internally may be as effective as an external, topical product. Public and private research and anecdotes say as much and products are available now.

The free-radical skin damage caused by this summer’s blazing sunlight could be countered by over-the-counter skin protection pills with promising names like Heliocare and Sun Assure. Look for products that include the natural red pigment astaxanthin (as-tuh-ZAN-thin), which shows encouraging results in protecting against the damaging effects of ultraviolet (UV) radiation.

Skin cancer is the most common form of cancer in the United States. In 2010, 61,061 people were diagnosed with melanomas of the skin and 9,154 died from the condition, approximately two-thirds of which were men. The sun can cause cancer and yet it can also keep it away: Ultraviolet light actually triggers the skin to produce vitamin D, which recent research suggests may be essential for cancer prevention.

“Ten to fifteen minutes [of unprotected sun exposure] a day should be sufficient” to produce a sufficient amount of vitamin D, says Esther John, Ph.D., an epidemiologist with the Northern California Cancer Center in Union City. In 1997, John presented an unpublished study to the U.S. Department of Defense showing a statistical association between sun exposure and a reduced risk of breast cancer.

Many people passionately prefer to be in sunlight more than fifteen minutes a day and, in fact, many say that such a small amount is itself unnatural. However, consumers are not damned if they do and damned if they do not. Oral dosing of astaxanthin has been shown to be effective against the free radical cellular damage of sunburn. The antioxidant carotenoid is extracted from the microalgae Haematococcus pluvialis and works because it is the very thing an alga creates to protect itself. It is a sunscreen from the get-go, manufactured by Earth itself.

There is also an open question of how effective traditional sunblocker products actually are. A recent study by Consumer Reports of 20 topical sunscreens showed that only two provided as much Sun Protection Factor as promised by their manufacturers.

Various herbs have long been considered effective in controlling damage from sunburn. All of these, such as aloe vera, calendula and tea, are applied to the skin in a triage situation, after the offending incident. Astaxanthin, on the other hand, works not as a repair tool but proactively, as an internally-dosed sunscreen.

Some scientists, such as epidemiologist Marianne Berwick at Memorial Sloan Kettering Cancer Center in New York, actually fail to see any relationship between the use of traditional skin protection lotions and decreased melanoma. Her research data suggest that topically-applied sunscreen can actually increase cancer risk.

Dr. Joseph M. Mercola agrees, advocating the use of “natural” sunscreens. His website, mercola.com, which reportedly had $7 million of revenue in 2010, sells an astaxanthin supplement. The site declares that astaxanthin is highly effective at quenching the somewhat unstable singlet oxygen molecule, which is often blamed for the damaging effects of sunlight on human skin. (Ironically, doctors using photodynamic therapy use singlet oxygen to kill cancer cells.) Mercola’s website states that “astaxanthin is 550 times as powerful than vitamin E and 11 times as powerful than beta-carotene at neutralizing singlet oxygen.”

Although Rebecca Tung, M.D., the dermatology director at Loyola University Medical Center, concedes that internal skin protection products do work, they do so only when used with traditional sunscreens. Oral sunscreens are “fine,” she says, because they may offer additional sun protection. But she cautions they should not be considered a substitute for traditional sunblocker products.

“It’s not an either one-or-the-other type of thing,” she says. “These products work because they contain strong antioxidant properties” which help prevent cellular damage. Dr. Tung cautions that each body will absorb such products differently, so effectiveness can vary for each person.

Carotenoid compounds like astaxanthin are what give brilliantly hued plants such as flowers, fruits and vegetables their color. Their functions are important to the photosynthetic process but also stand in the equally important role of protecting plants and other organisms from damage caused by oxygen or light. Dr. Mercola claims that humans gain similar protections if they eat plants or organisms that contain this pigment.

Before a four-hour mid-day hike under Arizona’s infamous sun last year, Dr. Anne Marie Fine provided a reporter with a dose of a liquid herbal compound containing astaxanthin and other natural products. No topical sunscreens were applied. The sun / ultraviolet felt strong that day, but the reporter did not show or feel a hint of sunburn. Note: Dr. Fine’s concoction was created in her laboratory and is not a commercial product. Also, researchers say an internal sunscreen is effective only after 1 – 2 weeks of dosing.

The high level of astaxanthin in the diet of wild salmon is why the fish have the strength and endurance to swim up rivers and waterfalls for days on end. The red pigment concentrates in their muscles, which is also why shrimp and flamingos appear pink.

Business information provider IBISWorld reported in 2012 that 54 businesses in the sunscreen manufacturing industry grew an average of 4.3 percent per year to produce $1.3 billion in revenue and employed 1,133 people.

Hawaii’s Cyanotech Corporation, a $27 million grower and processor of aquatic plants, commissioned a private study that measured how resistant the skin is to UVA and UVB, before astaxanthin supplementation and after. The non peer-reviewed study showed that after 4 milligrams per day were taken by test subjects for three weeks, a “significant” increase was needed in the amount of UV radiation in order to redden their skin, a sure sign of damage.

Cyanotech’s 2013 Annual Report says that in 2013 ” … we were unable to keep up with Astaxanthin demand, which increased at an even higher rate. Although many companies have tried to enter this field in the last several years, we remain one of a handful of companies worldwide who have consistently produced commercial quantities of high quality microalgae for human consumption and, as far as we know, the only one doing it with both Spirulina and Astaxanthin.”

If research, strong market demand and a reporter’s anecdotal experience are indications, a sunscreen taken internally – and in conjunction with a topical product – may be an effective choice.

11 Responses to "Sunscreen Taken Internally May Be Effective"