The Biggest Loser to Make Changes to the Rules 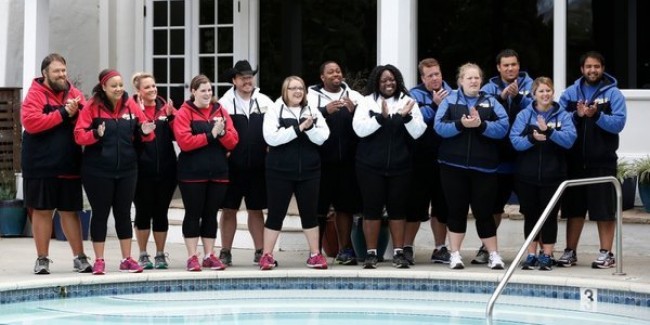 The Biggest Loser is looking to make changes to its rules in answer to the aftermath from last season’s winner. The show was heavily criticized after winner Rachel Frederickson lost almost 60 percent of her body weight, dropping to just 105 pounds. Due to the show rules, she won because she had the biggest weight loss, but that does not mean it was healthy.

Many who advocate for a healthy weight loss were outraged at the idea of someone who had dropped her BMI to below the healthy rage. Frederickson looked unhealthy, and it made a bad impression on those who were also trying to lose weight. There is already a problem in Western society of trying to look as thin as possible to reach the standards of the models on the catwalks.

The looks on The Biggest Loser’s personal trainers said it all. Bob Harper and Jillian Michaels looked on in shock when the 24-year-old revealed her weight, and it was not a happy shock. It even led to Michaels talking about leaving the show.

With so many people criticizing the show, the producers had to do something. However, instead of speaking out about the weight loss, they commended Frederickson for her efforts. It led to the idea that the show supported unhealthy weight losses, and dropped to below a healthy BMI. That may be the case, but now the producers are doing one more thing. The Biggest Loser is looking into making changes to the rules so this can never happen again.

Harper released a statement that mentioned the producers in talks after the controversy of last year. However, he does not know everything about the changes, and whether they are something he will support. The producers have just started talking about rule change ideas, but they are expected to be big.

This could be due to the backlash, but it could also be due to the fact that the 24-year-old winner has gained weight since leaving the show. Frederickson admitted that she was unhealthy, and realized that it was good to put on a few pounds. She now thinks that she is at her perfect weight, and is happy about the backlash. It made her realize that dropping to such a low weight was not healthy, and it was not a good impression for those watching the show, especially the young and impressionable people.

Harper did state that the show producers continually look to make changes. They want to keep the show fresh, and considering it is now going into its 16th season that is not an easy thing to do.

There have been rule changes in the past due to people breaking other rules. One year, Michaels broke the rules by giving her team caffeine pills without the permission from the doctors. While she stood by her decision and was only apologetic to her team, the producers decided that the weight-in the week before was invalid, and the contestant sent home was back again and available for re-elimination.

The upcoming changes will hopefully prevent a contestant who has lost too much weight being able to win the show. However, only time will tell. The actually changes to the rules that The Biggest Loser will make have not yet been announced, and it seems the producers are still in the discussion stage.